CPI(M) Politburo member Kodiyeri Balakrishnan has said that the LDF will register a landslide win in the local body elections in the State by bagging a majority of seats in 13 of the 14 districts.

Speaking to the media after casting vote at the Kodiyeri Basic UP School, he said this election would be a recognition of the government’s development and welfare activities. In the last local body elections, the LDF had upper hand in seven districts. This time, the people would favour the LDF across the State. The LDF government had saved the people of Kerala from starvation during the COVID-19 crisis. He said that people had realised that the allegations of gold smuggling were false and mere propaganda. “People want food, they want a home, they want health. Kerala has a government that has ensured all these” he said. Mr. Balakrishnan said the All India Congress Committee would not approve of the Congress in Kerala allying with Jamaat-e-Islami and SDPI. On the BJP, he said in other States, Central agencies were being used to overthrow non-BJP governments.

Decision to shut down dairy farms in Lakshadweep stayed 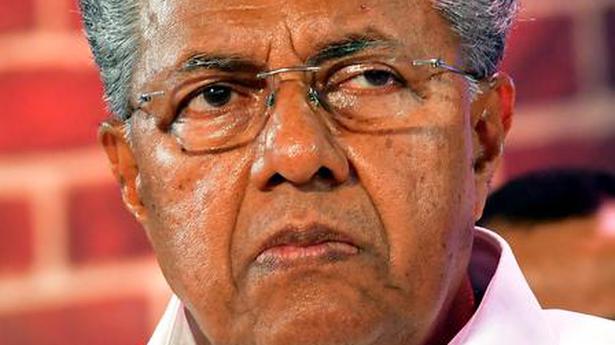 Coronavirus | All-party meet rules out lockdown for now in Kerala