If what led to the snaring of Rishabh Pant in the second innings of the second Test were frozen in a collage of frames, a picture of credit-sharing, support-seeking and collaborative success would emerge

In his ‘Pant-slaying’ moment, Jack Leach remembered what led up to it.

It unfolded in the Second Test against England at Chepauk, during India’s second outing with the willow. A flighted delivery bowled over-the-wicket by the English left-arm spinner proving the perfect bait, a rushing Rishabh Pant was left stranded outside the crease. The ruse had succeeded, and Leach could have quietly pocketed the glory. It was perfectly legit for him to do so.

Instead, after setting up Pant’s stumping by Ben Foakes, Leach’s eyes swept towards Joe Root, followed by a bobbing index finger pointing to where part of the credit was due.

From the commentary box, Sunil Gavaskar deconstructed the scene for the audience: Leach was reminding Root it was he who had asked him to go over-the-wicket. So, he was inviting the captain into the spotlight. Probably, also for believing Leach was an adequate response to a big-hitting Pant, and keeping him in the attack.

There are other frames to be frozen in the run-up to that giant-slaying moment, and together these make up a picture of credit-sharing, teamsmanship, support-seeking, feedback-seeking and collaborative success, winning features for any team, not just those playing a sport.

Now, these frames go as far back as Pant’s decimation of Leach in India’s first innings in First Test. In fact, even further.

Now, a frame from off-the-field goes into the storyboard. After the walloping, a determined Leach was seen practising extra hard to get his delivery point and trajectory right.

Take another, this one predating the First Test of the India-versus-England series. To SkySports, Leach revealed he had picked former English spinner Ashley Giles’ brains about what would be effective against Indian batsmen on Indian soil, even his plans to try out Giles’ strategy that had worked like a charm many Indian summers ago.

A snatch of that interview shows Leach shrugging aside a question about being the “number one spinner” for England, losing no time in clarifying that it is not about being number one, but doing the best one can.

After Pant had mauled Leach in the first Test, leaving the English spinner bleeding, with a spell that would be considered expensive even in a T20 setting, reports had it that Leach was shaken, even to the point of considering if he wanted to turn his back on cricket. That was likely just hyperbole meant to underline his confidence hit the nadir. The point is: He was really, really low on confidence.

There were also reports of how his team, captain and coach supported him. When India went in to bat the second time, Leach found the new ball being tossed to him, and the man starred in his team’s massive victory with a four-wicket haul.

Out of all of this emerges a picture of a team member who actively seeks feedback and support from leaders and peers. It is also a picture vignetted with the soft and warm shades of likeability.

It illustrates a truth about feedback mechanisms, that these are not one-slot machines programmed to randomly throw up nuggets of wisdom. Feedback begets feedback. Often times, feedback is offered meaningfully when it is sought diligently. At the core of regular feedback-seeking is respect for others’ viewpoints.

There is another arresting image from the Second Test that is relevant to the subject at hand: Mohammed Siraj’s fist-pumping celebration of Ashwin Ravichandran’s hundred. Across media and social-media platforms, Siraj’s gesture was hailed as a mark of teamsmanship. Besides, an account by India bowling coach B. Arun of Siraj’s growth underscores the young bowler’s teamsmanship, manifest in a willingness to seek and act upon feedback. Appearing on “Let Me Tell A Kutti Story” on Ashwin’s YouTube channel, Arun recalled how from the time Siraj was part of the Hyderabad team to now, the youngster had shown himself as someone massively focussed on improving his craft, and therefore, impressively open to being criticised for any laxity on his part. Siraj seems to carry an attitude that makes him likeable not just among Indian fans, but also within the Indian cricket camp.

The point here is: Feedback would be organic and effortlessly continual if the recipient has created an atmosphere of likeability, which obviously includes receptivity suggestions for course correction coming from most others at the coalface, if not all.

It is a no-brainer that the successful redeem themselves from poor patches — poor performance, in an organisational context — by taking responsibility for any slip in performance, and working on their weaknesses.

In a team context, the significantly successful ones would script their redemption stories into the larger organisational narrative. Without this integration, success cannot be sustained, because this integration signals continued support from peers and principals.

A close parallel is found in psychotherapy: Control Mastery Theory. The initiative to deal with the problem comes from the subject, who clearly shows the therapist how they want to be helped. So, the subject is both the author and the beneficiary of the redemptive process.

Of course, it is any day tricky to compare elements from two fields as diverse as psychotherapy and cricket, but still the Leach story does illustrate aspects of Control Mastery Theory. That being in control is about relinquishing control in part and seeking the support of those who can be of help; and masterminding one’s redemption by actively participating in it with the rest of the team. 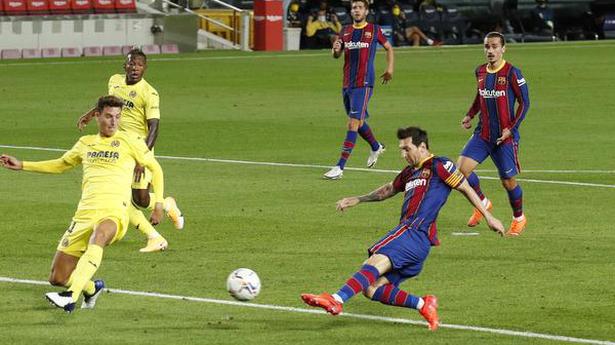 Spending a fortune to don superstar’s attire on his birthday