Communist parties and activists of A.P. Rythu Sangham jointly organised a road blockade at two toll plazas, at Kasepalli near Gooty and Marur near Anantapur, on the National Highway No.44 in the district on Saturday noon for about an hour in support of the Chalo Delhi agitation of Punjab and Haryana farmers.

“The agricultural market yards must continue, so must the cold storages and warehouses being run by the government agencies and not be handed over to any corporate entity,” Mr. Rambhupal said.

At the Marur toll plaza, CITU State committee member Obulu and other leaders sat across the road and did not allow the collection of toll fares through Fastag or in cash for a long time. The police tried to move the agitators out of the plaza, but the leaders of the Left parties stayed put there in support of the farmers.

They also demanded that the toll fee not be collected from vehicles carrying agricultural produce. At Penukonda, CPI(M) Hindupur district secretary M. Intiyaz began the party programme of collection of funds for supporting the farmers’ agitation in Delhi and went around the town collecting donations from general public. “We collected ₹3,396 on day one and sent it to the centralised fund and would continue the programme for 16 days,” Mr. Intiyaz added. 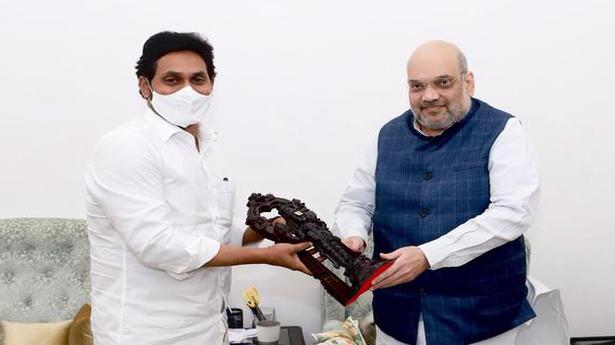