CPI(M) Greater Visakha City Committee and the party’s district committee on Thursday condemned the raids conducted by the National Investigation Agency (NIA) on the residences of civil rights leaders in Visakhapatnam and elsewhere in Andhra Pradesh.

In separate statements issued on Thursday, city committee secretary B. Ganga Rao and district secretary K. Lokanadham noted that the raids conducted on the residences of civil rights leaders and advocates K. Padma and K.S. Chalam were “illegal”, and demanded an immediate halt to the raids. They alleged that false cases were being foisted against those questioning the policies of the Centre ever since the BJP came to power.

“The raids are being conducted by Central agencies without the prior approval of the concerned State government. This is against the federal spirit of the Constitution,” they said. 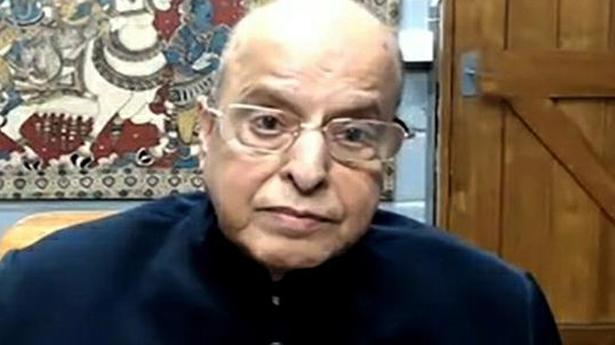 NEP-2020 is in tune with aspirational goals of India: Kasturirangan Remdesivir to be supplied through drug control officials