Activists of the Communist Party of India(CPI) staged a demonstration at the Santhapeta Centre here on Saturday in protest against “hefty true up charges” imposed on the consumers by the electricity distribution companies to recover over ₹19,000 crore for the period between 2014-15 and 2018-19.

The activists, led by party State committee executive member G. Eshwariah, said poor people who were struggling to make a living during the pandemic were hit hard by the decision of the ruling YSR Congress Party, which had come to power after promising that it would not hike power tariff if it was voted to power. Even Dalits, who were promised electricity free of cost, were not spared.

The Left parties would spearhead a massive State-wide stir to press for the withdrawal of the true up charges, they said.

The government would have to face a mega stir like the one that led to the infamous Basheerbagh police firing in united Andhra Pradesh, said CPI SPSR Nellore district secretary Ch. Prabhakar.

In Ongole, Pradesh Congress vice-president Sripathi Prakasam accused the YSRCP of competing with the Centre in imposing hefty taxes on the people.

The true up charges had come out as a shock for the people who were reeling under the socio-economic crisis triggered by coronavirus. The huge rise in the prices of all essential commodities in the wake of the galloping prices of petrol, diesel and gas due to heavy dose of taxes by the Union and State governments made the lives of the people miserable, he opined. 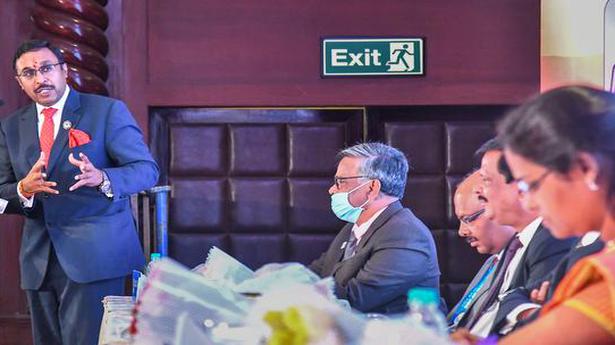