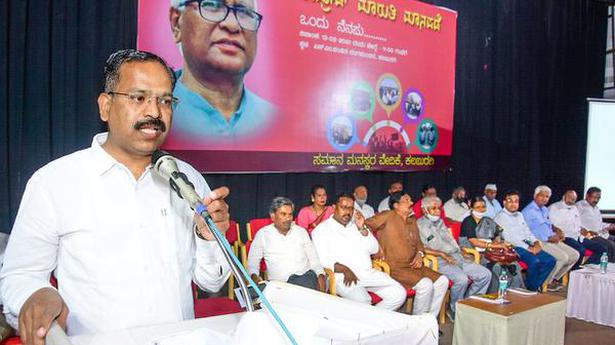 
Recalling the contribution made by senior Communist leader Maruti Manpade, who recently passed away, Shivaganga Rumma, professor, Central University of Karnataka, has said that Mr. Manpade had a great quality of uniting people with diverse political and ideological affiliations under a common banner to create a strong force against injustice.

She was addressing a programme organised by Maruti Manpade’s followers in Kalaburagi on Saturday.

Razak Ustaad, vice-president of Hyderabad Karnataka Horata Samiti, said that Manpade, who had organised farmers and workers and led many a struggle for over three decades, had oriented his uncompromising struggles to the larger goal of creating an egalitarian society.

“As we all know, Manpade had great concerns for farmers and workers. He led many a struggle and never compromised. His every struggle was not an isolated event but a part of the larger goal of creating an egalitarian society where all human beings live on an equal footing with dignity. He had clear ideological positions and vision for the future. He was the strong voice against the divisive forces that divided society along religion and caste lines,” Mr. Ustaad said.

Sunil Manpade, son of Maruti Manpade, recalled how thousands of people stood by his family when he lost his father.

“Even when he was on his deathbed, my father was discussing the hardships of people and means and ways to address them. He truly lived and died for people. His love for people was clearly evident from the fact that thousands of them attended his funeral amid COVID-19 restrictions,” he said, thanking people for their help to his family at a time of distress.

Senior artist V.G. Andani, who presided over the event, held that Manpade was a bridge between people and governments striving for the welfare of the former.

“Maruti Manpade believed more in street struggles than in negotiations when it came to people’s issues. He was among a few who quickly responded to people’s issues. Manpade was more concerned about people than his own family and his health. We need to take his struggles forward and realise his dreams,” he said. 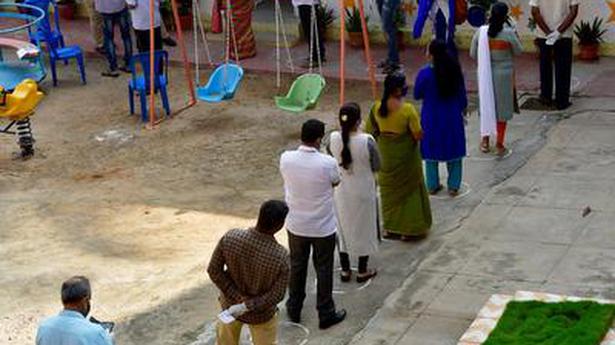 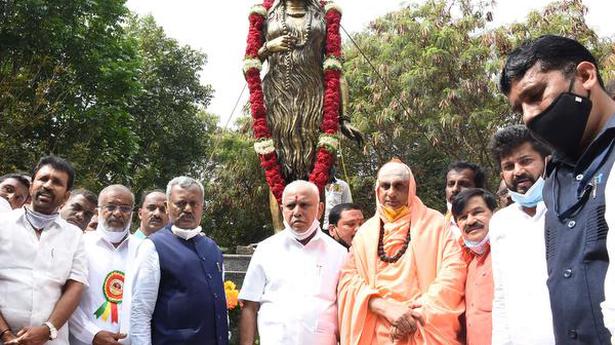 Akka Mahadevi’s birthplace will be developed into a holy site, says BSY