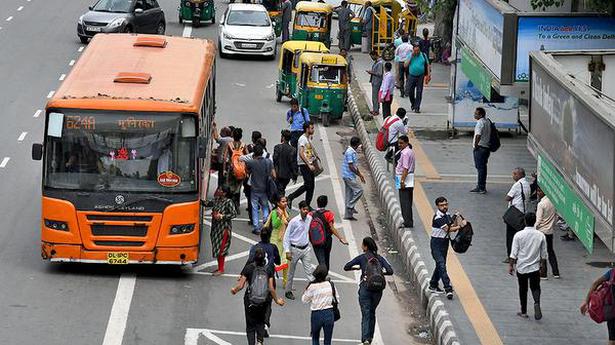 Deadline for making at least 25% public buses fully accessible pushed back to June 2022.

Less than 7% of public buses in the country were fully accessible to wheelchair users as of December 2020, with the target of 25% of buses being accessible by June 2022 under the Accessible India Campaign getting closer, according to government data.

According to data from the Social Justice and Empowerment Ministry’s Department of Empowerment of Persons with Disabilities (DEPwD) via a Ministry of Road Transport and Highways report in January, 42,169 buses or 28.6% of the total 1.47 lakh buses operated by State road transport undertakings were “partially accessible” and 10,175 buses or 6.9% were “fully accessible”. In addition, 3,217 bus stations in 24 States and Union Territories out of 3,487 were made accessible, the DEPwD data showed.

When the Accessible India Campaign was launched by Prime Minister Narendra Modi in 2015, the deadline for making at least 25% of public buses fully accessible was March 2018. However, the deadline had been pushed back to June 2022, a DEPwD official said. Four said to belong to Irani gang arrested in Udupi