The RBI-appointed administrator of Lakshmi Vilas Bank Ltd. (LVB) on Wednesday stressed that the bank, which was placed under a 30-day moratorium on Tuesday, had adequate funds to meet its depositors’ requirements and that it would emerge stronger once the Indian unit of Singapore’s DBS Bank completed its takeover of the private sector lender.

Assuring customers that LVB’s operations would return to normal by Thursday morning, Mr. Manoharan said the lender had got into trouble after it had shifted focus from retail to corporate lending and found many of the corporate loan accounts turning into non-performing assets.

Earlier, commotion prevailed at some branches of LVB with depositors, including several senior citizens, unable to withdraw even the ₹25,000 allowed under the moratorium as the bank took its IT system offline to update it.

Mr. Manoharan said his priority was to ensure that the amalgamation with DBS Bank India Ltd. (DBIL) was smooth and to ensure that customers faced no difficulties during the process. Besides, the focus would be on taking LVB to the next level by driving credit growth with the available resources of the bank, he added. Citing the draft amalgamation scheme, he said all the existing 4,100 bank employees would be absorbed by DBIL.

He said there had been a marginal decline in deposits and a marginal rise in advances at the bank since September.

“I hope that this moratorium would be lesser than 30 days. At the end, LVB would emerge as healthy entity and move forward on a growth trajectory,” he said.

LVB tumbled by its maximum permissible daily limit of 20% at the start of trading on the BSE on Wednesday and closed at the same price. 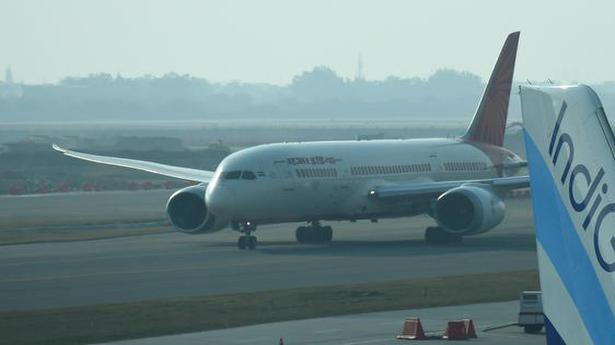