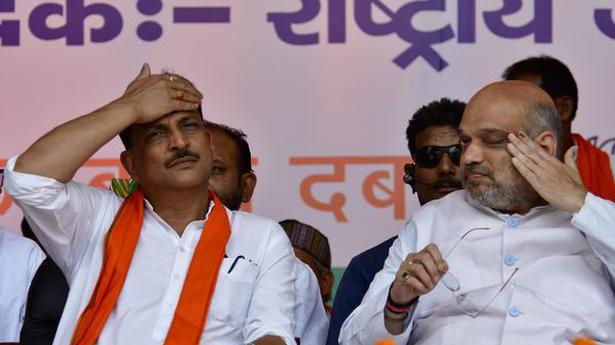 In dry Bihar, country-made liquor bottles packed in six sacks were seized on September 15 from an ambulance bought with Bharatiya Janata Party (BJP) leader Rajiv Pratap Rudy’s Members of Parliament Local Area Development Scheme (MPLADS) fund in Saran district. Mr. Rudy had donated several ambulances with his MPLADS fund in 2019 to mukhias (village head) of his constituency for serving people under the ‘Sansad Panchayat Ambulance Service’ initiative. The ambulance from which the liquor was seized had been given to the mukhia of Kotwapatti-Rampur, Jai Prakash Singh. An FIR as been lodged against Mr. Singh and two others, police said.

Bihar was declared a dry State in April 2016.

The seizure involved 280 litres of country-made liquor from the Shyam chak area under the Bhagwan Bazaar Police Station. Officials warned of stern action under the State’s Prohibition laws. “The driver of the ambulance, Rakesh Rai, has been arrested, and the persons with whom he was in touch have also been identified,” Saran Superintendent of Police Santosh Kumar said.

“Police should take stern action against all those found guilty in this case,” Mr. Rudy said, thanking the local police for acting promptly.

Jan Adhikar Party (Loktantrik) leader and former MP from Madhepura, Rajesh Ranjan alias Pappu Yadav, tweeted on Wednesday to mock the seizure: “I’m in jail for exposing the ambulance issue while smuggling of liquor continues. 280 litres of country-made liquor was seized from ambulance bought with MPLAD fund of BJP national spokesperson Rajiv Pratap Rudy. That means ambulance was not available for patents but for smuggling of liquor.”

In May 2021, Mr. Rudy hit the headlines when Mr. Yadav alleged that ambulances bought with Mr. Rudy’s MPLADS fund were standing idle while hospitals in the State faced acute shortages for COVID-19 patients. Mr. Yadav had also released videos of rows of plastic-covered ambulances, bearing stickers with Mr. Rudy’s name, parked at a community centre. Later, both leaders engaged in a verbal dual over the issue, and Mr. Yadav was sent to jail in a 32-year old kidnapping case.

Mr. Yadav had alleged at the time, “It is criminal negligence. People are forced to pay as much as ₹12,000 to take COVID-19 patients to hospitals. There is an acute shortage of ambulances and the Saran MP has kept 100 ambulances parked idle at a place. There should be a probe into the matter as the MPLAD fund is public money.” Mr. Rudy had accused Mr. Yadav of “indulging in politics” and said the real issue was a shortage of drivers. 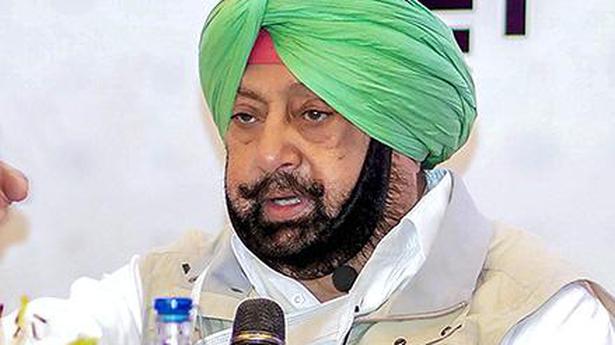 Amarinder hits out at Kejriwal