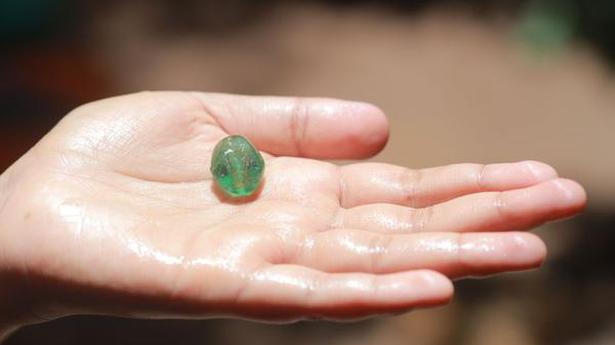 It will be a great step in unearthing a common maritime history of the Indian subcontinent, if south Indian and littoral States from Gujarat to West Bengal joined hands to promote archaeological studies of the early historic period (5th century BC to 5th century AD), said P.J. Cherian, director, PAMA Institute for the Advancement of Transdisciplinary Archaeological Sciences, a non-profit research organisation which is spearheading the Pattanam excavations.

This is because the host of port sites of this phase, from Barygaza (Baruch) in Gujarat to Tamralipti (Tamluk) in Bengal, hold the key to understanding how Muciri Pattinam (which foreigners referred to as Muziris) emerged as the first emporium of the Indian Ocean, having contacts from Gibraltar to south China, 18 centuries before Vasco da Gama’s landing on the Kerala coast. Such collaborative effort and conservation of the archaeological, genetic and philological evidence emerging from the coastal belt of the Indian subcontinent may even provide alternative historical readings that could challenge the dominant colonial historiography, he added.

His comments come against the backdrop of Tamil Nadu Chief Minister M.K. Stalin’s recent statement that the Porunai river (Thamirabarani) civilization is 3,200 years old, after carbon dating analysis of rice with soil, found in a burial urn at Sivakalai in Thoothukudi district of Tamil Nadu, by Miami-based Beta Analytic Testing Laboratory, yielded the date of 1155 BC.

Hinting that it was the government’s task to scientifically prove that the history of the Indian subcontinent should begin from the Tamil landscape, Mr. Stalin had said archaeological excavations would be carried out in other States and countries in search of Tamil roots, beginning with the ancient port of Muziris (now known as Pattanam), located in the suburbs of Ernakulam.

Welcoming Mr. Stalin’s efforts, Mr. Cherian said studying ancient sites in isolation was a colonial legacy. “The colonialists wouldn’t have been interested in establishing the ancient links of Tamilakam or the Indian subcontinent at large. For a set of people who honestly believed that Vasco da Gama discovered India in 1498, the evidence from Muciri Pattinam, Korkai, Puhar, Arikamedu, or Alagamkulam that ancient Tamils travelled across three continents in the Sangham Age, would be embarrassing or a non-exciting piece of information. Archaeological evidence unearthed now, along with genetic and linguistic evidence, have the subversive potential to undo the colonial accretions of historical wrongs. It would thus be the responsibility of enlightened Indian States to critically identify the origins of fragmented or myopic versions of the past,” he said.

“In fact the artefacts, the radio carbon dates etc., from ancient Tamil sites require comparative analysis with their contemporary sites, to understand their broader contexts of technology, interfaces, creative skills, and language, or in one word ancient Tamil’s material culture. The Accelerator Mass Spectrometry [AMS] dates from Porunai, Keeladi, Korkai, and Adichanallur corroborates with the cultural sequence of Pattanam [Muziris]. The early dates of Porunai civilisation is close to 1000 BC, commensurate with the first traces of human settlement at Pattanam,” Mr. Cherian observed.

As many as 11 seasons of excavation have been undertaken at Pattanam since 2006, the last two seasons by PAMA research institute and the earlier nine seasons by the Kerala Council of Historical Research (KCHR). The exponentially huge material data unearthed so far revealed that Pattanam, a coastal village in Ernakulam district, could be a site as important as Mohenjo Daro to humanity, he said.

The exact details of the collaboration can be spelled after discussion with different agencies. “We wish the Centre, Kerala and Tamil Nadu governments, the tourism industry, enlightened Tamils across the world, industrialists, businessmen, and others joined in this effort. This is not only a tribute to our ancestors but the greatest gift we can offer to posterity. The governments could well adopt Pattanam as a cultural pilgrimage centre of the 21st century,” Mr. Cherian said.