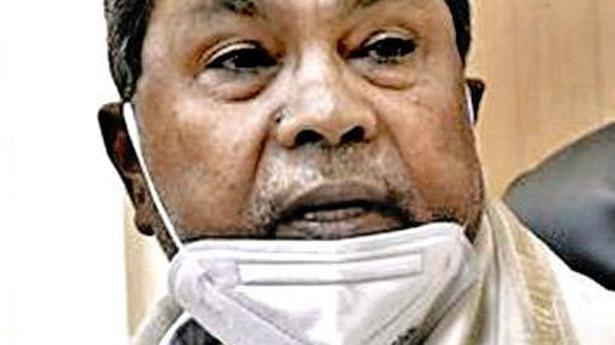 
The BJP, which has been preaching “false nationalism” to the middle class, is making their lives miserable owing to steep price rise of all commodities, said former Chief Minister and Leader of the Opposition Siddaramaiah.

Speaking at a press conference here on Thursday, he said that price rise, coupled with direct and indirect taxes, was proving a huge burden on the urban middle class as well.

Talking about various products that have seen big jump in prices, he pointed out that cooking gas prices had gone up by ₹50 in a week. “Prices of all commodities is going up and there is no sign of anything coming down. Is this the promised acche din?” he asked.

He said that on the other hand, the number of the super rich was growing, with the debts of big corporates being waived by the government. “A government that takes away a poor farmer’s tractor for not repaying debt has waived about ₹7 lakh crore of corporate debt in seven years,” said Mr. Siddaramaiah.

Mr. Siddaramaiah opposed the National Monetisation Pipeline scheme and said that huge national assets were being sacrificed to private interests. “Assets created over seven decades are being lost. Has Prime Minister Narendra Modi taken the consent of the people of this country to do this?” he sought to know.

Arguing that people tend to talk excessively about things they in reality lack, he said the BJP and Sangh Parivar spoke excessively about nationalism and patriotism since they do not have a legacy of contributing to the freedom struggle.

‘People who cast aspersions on Mysuru should apologise’ 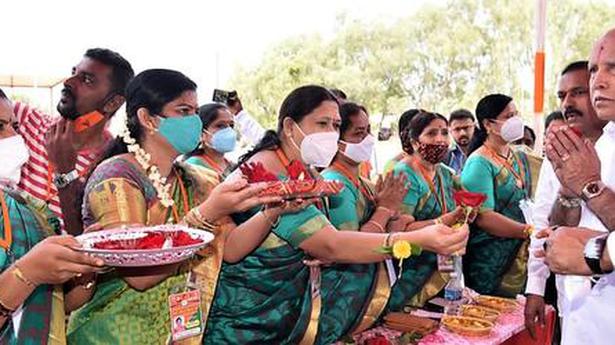