Karnataka
February 5, 2021 Divya Bharat 0 Comments BengaluruThe State government has discontinued the Gruhalaxmi crop loan scheme announced in the 2019-20 Budget, on the grounds that it has “no demand” from the farming community., presented by then Chief Minister H.D. Kumaraswamy


The State government has discontinued the Gruhalaxmi crop loan scheme announced in the 2019-20 Budget, presented by then Chief Minister H.D. Kumaraswamy, on the grounds that it has “no demand” from the farming community.

During the Question Hour in the Legislative Assembly on Friday, Cooperation Minister S.T. Somashekar told Bandeppa Kashempur (JD-S) that only 1,015 farmers in the State had availed of loans from DCC banks. Not a single farmer borrowed loans in most of the DCC banks by mortgaging ornaments. Moreover, the scheme was introduced for just one year, the Minister said.

Irked over the reply, Mr. Kashempur, former Co-operation Minister, said the scheme was not introduced for one year. A total of 238 and 346 beneficiaries obtained loans in Kolar and Chikkmagaluru districts, respectively, the JD(S) member said and demanded its continuation in the interest of farmers.

To a question by Basanagouda Patil Yatnal, Sugar Minister N. Nagaraju (MTB) said sugar factories had not cleared dues of ₹3,878 crore and he would hold a meeting with managements and ask them to release the dues as early as possible.

Mr. Yatnal demanded a probe into sanctioning of loans by DCC banks to sugar units in the State. Many banks sanction loans based on sugar stock in godowns, but none of the factories had sugar stocks, he said. 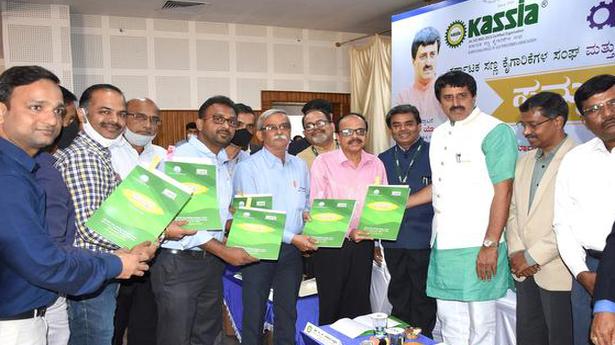 Industries warned of prosecution if operating without letter of consent