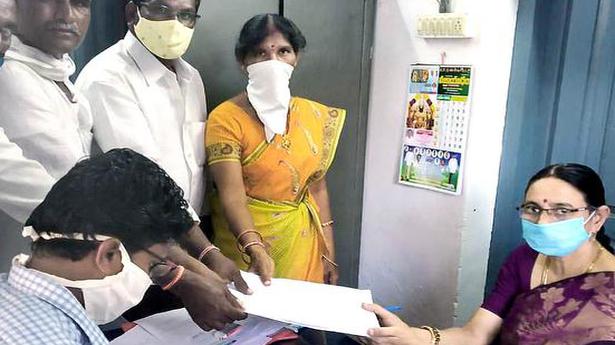 
A TDP sympathiser was kidnapped allegedly by the YSRCP workers while he was proceeding to file his nomination papers for the panchayat elections at Peddaganjam village, near Chinnaganjam, in Prakasam district.

The victim, Y. Tirupati Rao (45), was allegedly whisked away in a car after he offered prayers at a temple near N.G. Padu. The police, however, rescued Mr. Tirupati Rao within hours of the incident at a place between Ongole and Chimakurthy late on Saturday and reunited him with his family members.

When contacted, Superintendent of Police Siddharth Kaushal told The Hindu that the Mr. Tirupati Rao was giving “incongruous versions.” “Investigation will be carried out based on merits of the case,” he added.

Meanwhile, TDP MLA from Parchur Yeluri Sambasiva Rao alleged that the ruling party leaders were forcing nominees backed by the opposition party not to file their nominations.

“They are mounting pressure on those who have entered the fray in the last two days to withdraw from the contest,” they alleged.

“Candidates backed by the TDP have filed papers in 90 gram panchayats, and they are sure to win as people are fed up with the YSRCP government,” he said.