Telugu Desam Party national general secretary Nara Lokesh has said the ‘inaction’ of the State government in helping the farmers hit by floods is glaring and could lead to mass suicides. Mr. Lokesh was speaking to reporters after touring the flood-affected mandals of Mangalagiri, Tenali, and Kolluru.

At Chirravuru village in Mangalagiri mandal, Mr. Lokesh said Chief Minister Y.S. Jagan Mohan Reddy made tall promises before elections, but not stepped out of his house after assuming power. Mr. Lokesh said that farmers cultivating banana and turmeric in Tenalai mandal were badly hit and asked the State government to announce compensation immediately.

At Tenali mandal, Mr. Lokesh visited the villages of Atthlurivaripalem, Pidaparthi, and Patha Bommanivaripalem, and said 14 persons lost lives in recent floods, and crops in 2.50 lakh acres were submerged and the loss to farmers could be about ₹400 crore. The worst hit were the farmers cultivating horticultural crops, he added.

Launching a scathing attack on the State government, Mr. Lokesh said that 750 farmers committed suicide in 17 months after YSRCP coming to power. Farmers were promised ₹13,500 under the Rythu Bharosa , but now, the State government was saying it can pay only ₹7,500. Out of 15 lakh tenant farmers, the government extended aid under the Rythu Bharosa to just 57,000 farmers. The agricultural budget was also reduced to ₹7,000 crore from ₹19,000 crore given during the TDP regime. Even the arrears of paddy procurement were not paid to farmers, while ₹6,400 crore was paid to contractors. 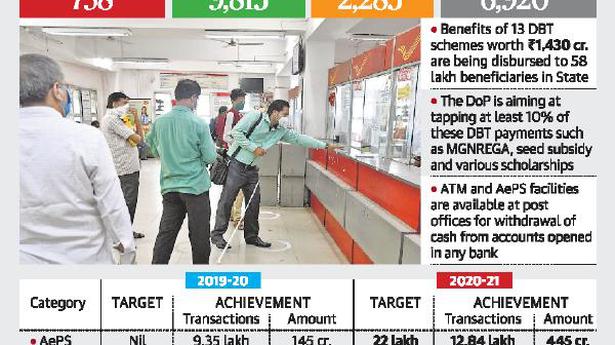