Vehicular movement on the busy bypass road here was disrupted for some time on Saturday afternoon when a container lorry hit the caravan reportedly belonging to Telugu film actor Allu Arjun at Satyanarayanapuram.

However, no one was injured in the accident. The actor was away in Andhra Pradesh’s East Godavari district shooting for his upcoming film, sources said.

Sources said the caravan with its driver and an attendant on board the classy vehicle was returning to Hyderabad from a film shooting spot at Maredumilli in Andhra Pradesh’s Rampachodavaram Agency area when the incident occurred.

The rear portion of the caravan was partially damaged under the impact of the collision.

Some of the passers-by vied with each other to take selfies against the backdrop of the caravan at the accident spot. 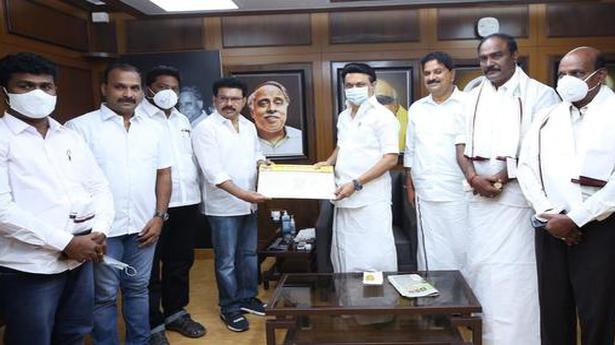 Aground ship may turn into a tourism venture