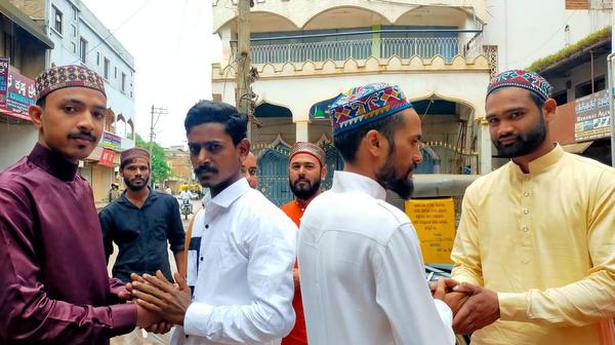 Eid ul Adha, the festival celebrating the spirit of sacrifice and charity, was celebrated in a simple manner across Belagavi and Dharwad districts of Karnataka on July 21.

On Tuesday, the district administration had issued guidelines related to mass prayers due to the COVID -19 epidemic.

The Eidgah committee had distributed copies of the guidelines notified by the Deputy Commissioner.

The prayers were held in batches in the Idgah maidan in Belagavi. Volunteers tested everyone with thermal scanners before allowing them inside.

Hafiz Abdul Razak led the prayers at the Jamia Masjid. He prayed for an end to the epidemic and quick recovery for all the people whose work or business had been affected.

Former MLA Firoz Sait and District Waqf Board chairman Abdul Gafar Gheewala were among those present.