The test positivity rate reported was 9.53 %.

While the State’s epidemic curve has begun to dip, low level of disease transmission is continuing throughout the State.

As has been the trend since the past 10 days, the State reported more recoveries than new cases with 7,066 patients leaving hospitals after recovering from the disease. The active case pool further declined to 69,369 cases as the cumulative recoveries rose to 4,68,460.

Of the deaths reported, Thrissur accounted for seven, Kottayam and Ernakulam four each, Malappuram, Alappuzha and Thiruvananthapuram three each, and Kollam and Kozhikode two each.

Official figures also put the number of patients who are critically ill and being treated in ICUs in various hospitals at 891, with 217 requiring ventilator support.

Of the new cases, all except 98 cases (6,321 cases) are locally acquired infections, with 677 cases remaining untraced to any known source of infection. This include 68 cases of infection contracted by health-care workers.

A push for decentralised IT parks 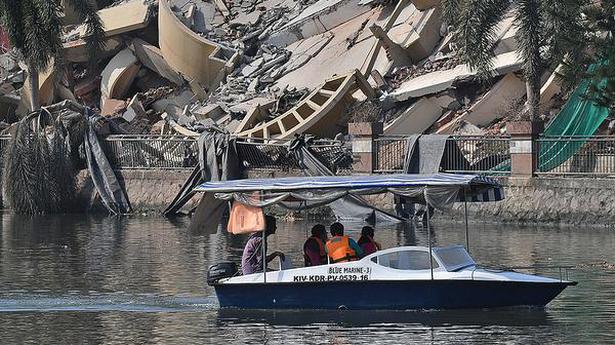