Dr. G.N. Rao will receive the award in the outstanding achievement category

The LV Prasad Eye Institute (LVPEI) has added another feather to its cap by being selected for the prestigious ‘Greenberg Prize – End Blindness 2020’.

The winners were chosen based on the strength of their contributions to eliminate blindness.

‘End Blindness’ was a movement created by Dr. Sanford Greenberg, who had himself lost his eyes at the age of 19, and his wife Susan. When Dr. Greenberg was chairman of the board of governors of Johns Hopkins University’s Wilmer Eye Institute in 2012, this award was announced to recognise the work of the scientific and medical communities who pioneer the fight against blindness.

Dr. Rao said in a statement that he was humbled to accept the prestigious award on behalf of the 3,000-strong family of LVPEI and its supporters across the world. Eliminating avoidable blindness by 2020 was an aspiration of the global eye care community for over two decades, he said, expressing his gratitude to the Sanford and Susan Greenberg End Blindness Foundation for recognising the contributions of LVPEI to this global effort.

Prize winners will be honoured in two categories: the Outstanding Achievement Prize, highlighting profound strides toward preventing and curing blindness, and The Visionary Prize, providing funding for scientists, whose research exhibits significant potential in ending this scourge.

Awarding $3 million in prize money, The Greenberg Prize is the high watermark of a historic joint effort by leading scientists and figures from the worlds of business, politics, culture, art, music and entertainment. LVPEI shares the award with one more organisation in India. 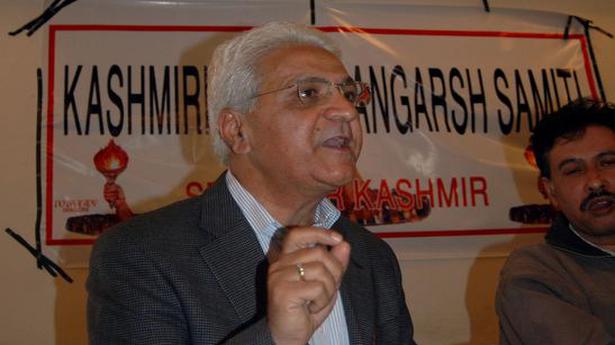