Acting on definite information, a special team of the Solapur City Crime Branch of the Maharashtra Police raided a house in Kalaburagi on Sunday last and arrested two persons and seized mobile phones, a car and other things, in all, worth ₹ 38 lakh. The incident came to light here on Friday morning.

As per information provided by the police, the car seized in the raid belonged to Jayashree B. Mattimadu, wife of BJP leader and Kalaburagi Rural MLA Basavaraj Mattimud. According to police sources, the Maharashtra Police, which arrived in Kalaburagi, raided, with the assistance of M.B. Nagar Police in Kalaburagi, the house on November 8, the day on which Qualifier 2 of the Indian Premier League (IPL) 2020 was scheduled to be played between Delhi Capitals and Sunrisers Hyderabad at the Zayed Cricket Stadium in Abu Dhabi.

The team arrested Atul Suresh Sirshetty of Solapur and Pradeep Mallayya of Bhavanipet, who were said to be engaged in IPL cricket betting, and seized four laptops, 13 mobile phones, modems and other equipment, apart from the car. One more person, Ghoraknath, Ms. Jayashree B. Mattimud’s brother, who is the owner of the house, is absconding 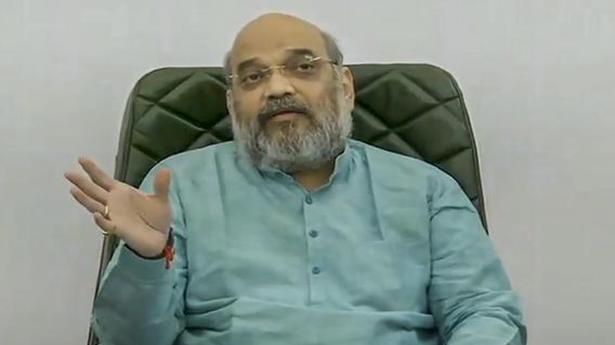 Premature retirement not a penalty: DoPT