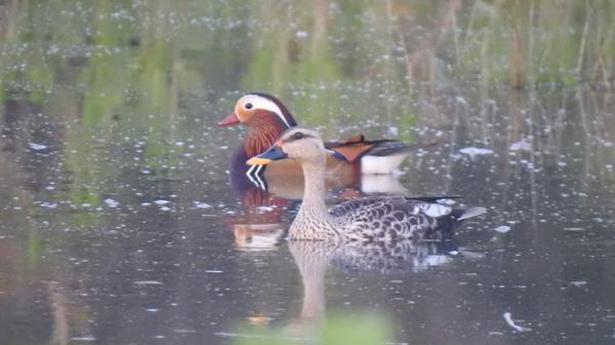 A colourful duck from eastern Asia spotted in Assam after 118 years has raised hopes for a wetland that was affected by a blowout and inferno at a natural gas well in May-June, 2020.

Spotting the lone Mandarin duck on the Maguri-Motapung Beel in eastern Assam’s Tinsukia district a few days ago was an “accident” for a team of avian specialists from the Wildlife Trust of India (WTI) and birding volunteers.

The duck, whose primary habitat is in eastern China and southern Japan, had landed in Assam by accident too.

“Mandarin ducks do not come regularly to India but one or two may join other migratory birds and go wherever they go. This duck accompanied a flock of Indian spot-billed duck that could have migrated to China or Japan,” WTI’s Aftab Ahmed told The Hindu on Thursday.

The last time a Mandarin duck was spotted in Assam was in 1902.

“Spotting the Mandarin duck was a pleasant surprise as we had decided to visit the Maguri-Motapung Beel on way to Arunachal Pradesh for a survey of the white-winged wood duck,” he said.

One of the largest living species of ducks, the white-winged wood duck is mostly found in Assam’s Nameri National Park and Dehing-Patkai Wildlife Sanctuary. At about 200 individuals, it is much rarer than the Mandarin duck.

“Mixed flocking is not unusual among different species of ducks. This Mandarin duck possibly lost its way or broke away from its kind to fly with the Indian spot-billed ducks,” Mr. Ahmed said.

Whatever the reason, the Mandarin duck has been a “fantastic find” from the ecological point of view, WTI’s chief executive officer Vivek Menon said.

Green activists said this augurs well for Maguri-Motapung Beel where birds and fishes had died after a gas well operated by the Oil India Limited at the adjoining Baghjan had a blowout — uncontrolled ejection of oil condensates at great speed — in May 2020. The well caught fire less than a fortnight later to pose a greater ecological threat to the wetland.

“What the sighting of the Mandarin duck tells us is that Maguri Beel is still an important place for migratory birds after it took a hit because of the blowout,” Mr. Ahmed said. 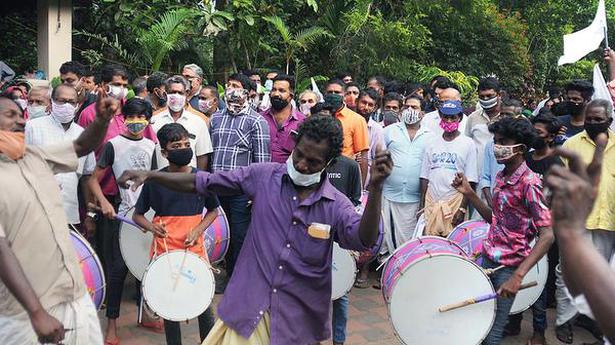