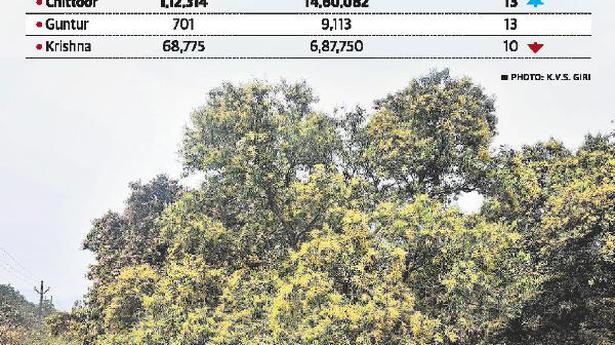 
Mango lovers can rejoice as a bumper yield is expected this year in the State.

Mango orchards across the State are in full bloom, as favourable weather conditions and preparedness have helped large-scale flowering of the trees this season.

Farmers and officials are expecting a bumper production of the delicious summer fruit.

According to information, 3,76,494 hectares are under mango cultivation in the State. Different varieties of mangoes, including Banginapalli, Totapuri, Chinna rasaalu, Pedda rasaalu, Suvarnarekha, Neelam, Jalalu, Mallika, etc. are some of the varieties grown in Andhra Pradesh.

Referring to Horticulture Commissioner Chiranjeev Choudhary’s directions, the JD(H) said that many measures were taken well in advance. “In fact, the preparedness began in June-July last year as soon as the previous year’s season harvesting was completed. Steps to control fruit fly were taken. With a robust flowering and favourable climatic conditions, the fruit setting is expected to be good. The department has placed orders with Dr. YSR Horticultural University for heramone traps. The traps, which are used in pest and insect control, would be supplied to the mango farmers. Export quality mangoes are also expected,” he said. 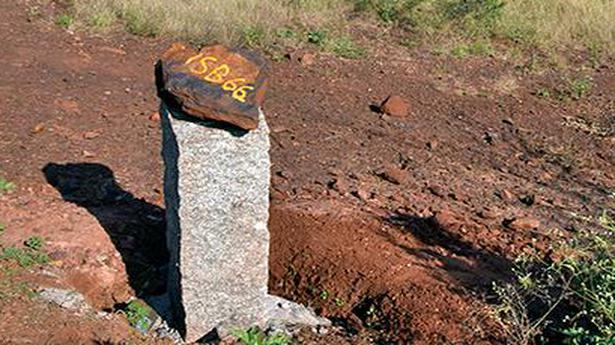 Security stepped up at places of worship across State: DGP