After the exclusive vaccination roll-out for healthcare workers undertaken until January 31, other front-line warriors, including municipal workers and the police, are slated to receive a dose of the COVID-19 vaccine from February 1.

Why are healthcare workers hesitant? “With the advent of technology, we now have a vaccine which usually takes decades to prepare but readied in months. Even if technology allows us to manufacture vaccines faster, conducting human clinical trials is a long process. Experts condemn this hurry and fast-paced move because the details of the efficacy of phase three trials of Covaxin are not transparent,” says A. Mohamed Hakkim, Emergency Physician practising at a private hospital in the city.

The efficacy trials of these vaccines haven’t been made public or subjected to peer reviews, Dr. Hakkim says. The inhibition of healthcare workers was explainable and justified, he believes.

However, senior health officials say while doctors came forward to take the vaccination, paramedical staff such as nurses and other support staff, were unwilling.

Speaking to The Hindu, M.S. Ashraf, former national vice-president, Indian Medical Association, said the paramedical staff had been influenced by uncorroborated messages on social media, and were apprehensive. “They read such news on their smartphones and decide against taking the vaccination. I took Covishield on January 17, and have so far had no side effects. While doctors are taking the vaccine to set a precedent, they cannot compel the staff,” he says. However, vaccination is the only way to protect oneself from the viral infection, he adds.

Dr. Ashraf says the significant drop in COVID-19 cases in Tiruchi district and across the State has allayed the fear of contracting it. “They do not understand that a second or third wave is possible. It is our duty to address this apprehension,” he adds. 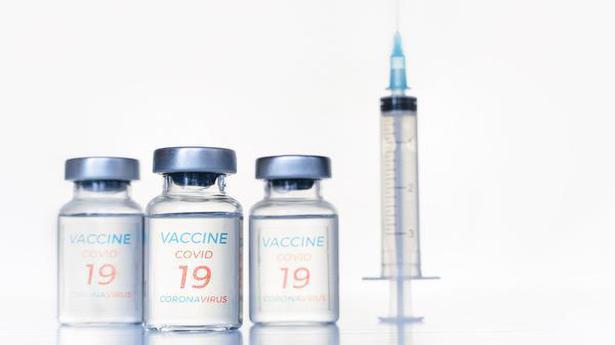 A paused vaccine trial is a good disruption

‘Binge-watching’ Godard to pen a book