The Wayanad District and Sessions Court has ordered the District Collector to submit a report on the possibilities of a fresh magisterial report on the death of the C.P. Jaleel, a suspected Maoist, in the wake of a petition filed by his brother C. P. Rasheed. Jaleel was shot dead at a private resort at Vythiri in Wayanad district on March 6, 2019, in an alleged police encounter.

While considering the petition, the court directed the Collector to submit the report before March 1.

Mr. Rasheed said in his petition that the magisterial report was an arbitrary one, giving clean chit to the police and the Thunderbolt commandos who had participated in the encounter. “The procedure adopted and the findings reached in the inquiry by the District Magistrate are incorrect, illegal, and improper. The relatives of Jaleel were not allowed to be present at the inquiry,” Mr. Rasheed said.

Scientific evidence, including the ballistic report and forensic examination report, was not considered in the magisterial report prepared by former Wayanad Collector A.R. Ajayakumar, Mr. Rasheed said. Moreover the report was contrary to the ballistic and forensic findings. According to recent forensic and ballistic reports, all cartridges used for firing were from service rifles and not from a smooth-bore breech loading (SBBL) gun allegedly found on Jaleel’s body, Mr. Rasheed said.

The report ignored the fingerprint expert’s statement that she could not find any fingerprints on the country-made gun allegedly used by Jaleel. This contradicts the police version that two ‘Maoists’ ran towards them wielding guns. The video visuals recorded in the DVR installed at the resort were not considered for preparing the report, he said.

Hence the court might direct the District Magistrate to conduct a fresh probe into the killing after repealing the former report, Mr. Rasheed said in the petition.

Nadars make it to OBC category 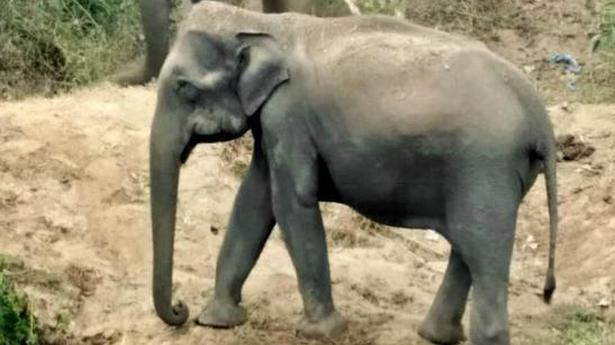 A day of three elephant deaths in north Kerala