There was an exchange of fire (EoF) between the security forces and the banned CPI (Maoist) cadre in the forest near Pebbampalle, in Amavari Darakonda panchayat under G.K. Veedhi police station limits in Visakhapatnam Agency, on Wednesday morning.

B. Krishna Rao, Superintendent of Police, Visakhapatnam, said there was firing for a brief period when the security forces, led by the Greyhounds, the elite anti-Naxal force, were on a routine combing operation. There were no casualties or injuries on either side.

Chintapalli ASP Tushar Dudi said the combing operation was still on and the security forces were yet to return to the base. On what was recovered from the exchange of fire site, he said, “We will come to know of it only when the men return.”

This is the second exchange of fire in the last 35 days.

On June 16, there was a major encounter at Teegalametta of Koyyuru mandal, in which six Maoists, including top leaders such as Ranadev, Ashok and Nachike, had been killed. The dead also included three women.

As per sources, the Maoists involved in Wednesday’s exchange of fire might comprise the same group that had escaped the Teegalametta encounter.

If that were the case, AOBSZC secretary Gajarla Ravi alias Uday, his second in command Aruna, and Kakuri Pandana alias Jagan might have been present at the site.

Ever since the Teegalametta encounter, the security forces have been in hot pursuit of the fleeing Maoists.

The exchange of fire came close on the heels of a senior tribal leader, Chikudu Chinna Rao alias Sudheer, who was heading the Korukonda and Pedabayalu area committee, walking out of the movement citing differences with non-tribal leaders of the party.

The police had already appealed to Sudheer to surrender and lead a normal life. 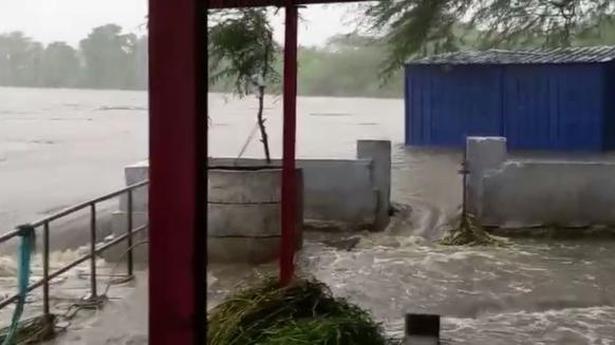