There has been a marginal increase in the COVID-19 test positivity rate (TPR) in certain pockets of the State, Principal Secretary of the Health and Family Welfare Department J. Radhakrishnan said on Saturday.

Addressing the media after participating in the 68th annual conference of the Tamil Nadu Ophthalmic Association (TNOA), he said the overall TPR had gone up marginally, to over 1%, on Friday.

He said the number of cases being reported every day had marginally increased over the past few days to just above 1,600. He said such an increase need not be much of a concern if the TPR remained at 1%. “For instance, if we are testing 1.6 to 1.7 lakh people a day, and if we are getting 1,600 to 1,700 cases, it is okay. However, if we are getting that many cases with 1.55 to 1.6 lakh tests itself, then we need to be more alert,” he said.

He added that in a few places, the TPR had shot up to almost 2%. Asked if there were any particular districts that had seen such an increase, he said it was rather observed at the sub-district level.

He said the Collectors had been directed to monitor TPR at the locality level, and focus on places where the rate was higher. He said a higher number of infections was getting reported following people attending functions or among families where a person is under home quarantine after testing positive.

Stressing that COVID-19 was still not gone, Dr. Radhakrishnan said it was important to adhere to COVID-19-appropriate behaviour and avoid attending functions or heading to crowded places.

Highlighting that Tamil Nadu was performing well in vaccination, with around 45 lakh doses being administered in just the first 10 days of the month, he appealed to people to make use of the mega vaccination drive planned for Sunday. 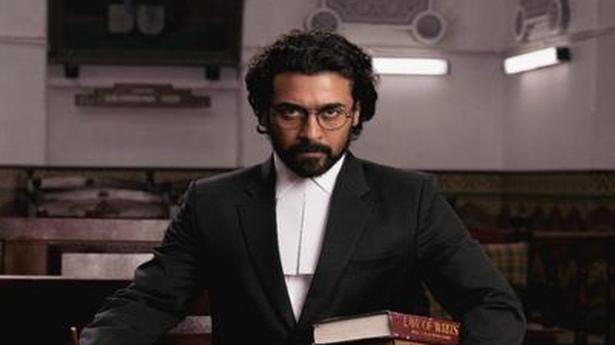 Suriya and Jyotika ink deal with Amazon; will release four films in the next four months