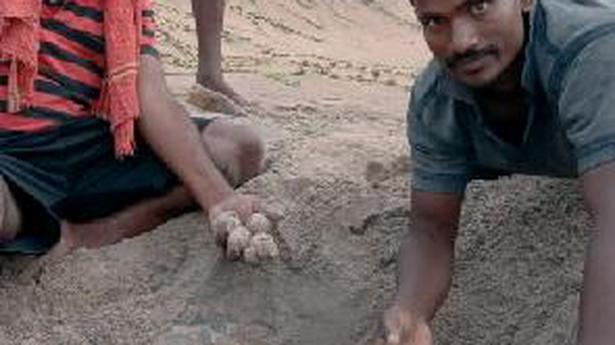 Despite trained volunteers engaged in conservation work, the number of eggs laid has come down in the last few years on Srikakulam coast

Marine pollution and extensive usage of mechanised boats for fishing all along the sea coast of Srikakulam district has turned into a bane for the existence of Olive Ridley sea turtles in spite of the concerted efforts by the Forest Department and non-governmental organisations for their protection.

Thousands of turtles used to come to Srikakulam coast for mass nesting as the beaches were clam and clean. However, the situation has changed in the last one decade with the extensive ‘development’, beach sand mining and fishing activity. Now only a few areas see the movement of Olive Ridley turtles which usually starts in November and ends in March.

Special care is being taken in the current season to protect the turtles that have been declared as endangered species, District Forest Officer Sandeep Krupakar Gundala tells The Hindu. “We have given special training to selected villagers for protection of sea turtles. They are actively involved in collection of eggs and protection of hatcheries. We are also asking mechanised boat owners not to come very close to sea coast since the migratory path of turtles will get disturbed,” he says.

Chief Executive Officer of non-governmental organisation Green Mercy K.V. Ramanamurthy urges the government to ban beach sand mining and other industrial activity along the sea coast. “The turtles which come from the Pacific region need a peaceful atmosphere for nesting. Their number has come down significantly as a 100 km sea coast area is full of habitations and witnessing increased economic activity. It has to be controlled for the protection of turtles,” he explains. 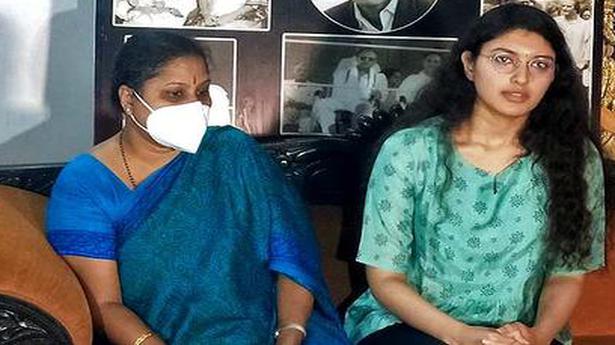