The Karnataka High Court has declared as unconstitutional the provisions of the Karnataka Civil Services (Appointment on Compassionate Grounds) Rules, 1996 that excludes ‘married daughters’ from the ambit of eligible family members of a government employee to secure appointment on compassionate grounds.

The Court struck down the word ‘unmarried’ from the Rules 2(1)(a)(i), 2(1)(b) and Rule 3(2)(i)(c) of the 1996 Rules while holding that denying appointment on compassionate grounds to ‘unmarried daughters’ is violative of Article 14 (equality before law) and Article 15 (prohibition of discrimination on grounds of religion, race, caste, sex or place of birth) of the constitution.

“If the marital status of a son does not make any difference in law to his entitlement for seeking appointment on compassionate grounds, the marital status of a daughter should make no difference, as the married daughter does not cease to be a part of the family and law cannot make an assumption that married sons alone continue to be the part of the family,” the Court held.

Justice M. Nagaprasanna delivered the verdict while allowing a petition filed by 31-year-old Bhuvaneshwari V Puranik, daughter of Ashok Adiveppa Madivalar, who was working as Secretary of Agriculture Produce Marketing Committee of Kuduchi village of Belagavi district before his death in May 2016.

The petitioner, who was already married before death of her father, had sought appointment under compassionate ground as her brother did not opt for the appointment. However, the Government rejected her representation based on the provisions of the 1996 which states that only the ‘unmarried daughters’ are eligible to seek appointment on compassionate ground apart from the spouse and the son of the deceased public servant.

“Marriage does not determine the continuance of the relationship of a child with the parent, whether son or a daughter. Son continues to be a son both before and after marriage and a daughter also should continue to be a daughter both before and after marriage. This relationship does not get effaced by the fact of marriage, as marriage does not severe the relationship of the daughter with the parent. These relationships are neither governed nor defined by marital status. This notion on which the Rule is framed cannot answer the tests of Articles 14 and 15 of the Constitution,” the Court observed.

The Rules, the Court said, insofar as it creates division of the same object of appointment on the basis of gender by granting appointment to a son without any qualification and denying the same to a daughter with the qualification of “marriage” cannot but be held to be discriminatory.

“It should be remembered that ‘nature bestows so much on women; the law cannot bestow too little,” the judge observed. 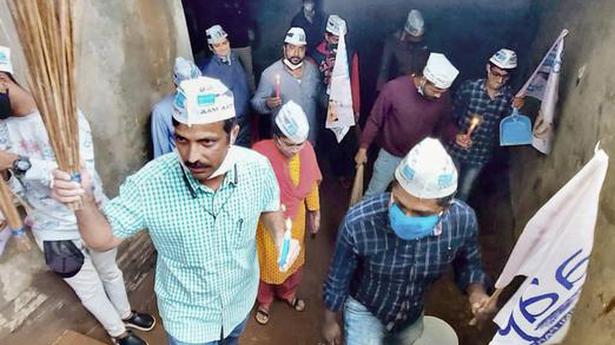