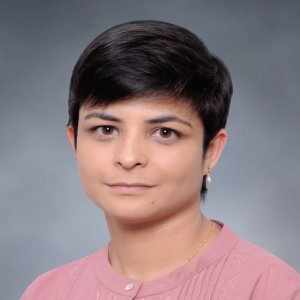 
The demand for scary Halloween masks shoots up around October, much like a sports enthusiast’s heart rate and blood pressure during nerve wrecking games.

Explore the history of masks and you will learn they were used for representational purposes in the past. The earliest masks may have been created out of organic items like leaves or mud for camouflaging, or, for playing peekaboo. Later, they also began to be used in the religious or funerary ceremonies and in theaters to hide identities and depict someone else. In the early Greek dramas, the limited number of actors were expected to play multiple roles that involved changing from one mask to another. Depending on the scene, the masks were interchanged to represent the comic, satirical or the tragic elements. Much later, the usage of masks in carnivals became legendary.

To the commoners, the only exposure they had of masks was mostly in the operation theatre, or on the faces of the kids in the form of plastic masks of Spiderman, Iron Man, or our Hanuman ji during those fancy-dress competitions, or, local fetes, and may be the advertisements and movies about robbery. Ignorance is bliss continued till the sly arrival of the latter half of 2019 and the aftermath.

The COVID-19 pandemic unleashed havoc globally and placed the humble mask in the spotlight. The contagion almost got personified into a user’s manual for the commoners when it came to the vocabulary about the masks, essentially summarized as surgical, N-95 and/or respirator series, and cloth masks. The mask-tribe increased exponentially as if in competition with the maneuverability and adaptability of the virus. Sensing tremendous business opportunities, almost everyone who could sew masks, jumped on the bandwagon. The Guccis and Louis Vuittons too couldn’t resist this temptation, but suffered tremendous inferiority complex when the big bulldozer-like, $1.5 million diamond studded mask, was introduced by Yvel. How could our desi gold masks stay behind? No, not those peel- off ones used for firming and toning skin in salons, but the ones melted and curated for businessmen, one each from Pune and Odisha, India. Even Coronaviruses, for a moment, may have been bedazzled and would have said to each other:

“Look Papa, WHO has a new beautiful weapon against us!”

The less we talk about the designer masks, the better! On that note, it will be interesting to see the invitees at the starry Met Gala event on September 13 this year, wherein the caveat is twofold, be jabbed plus be masked even indoors. Can we spot some more varieties in alloy-masks this time, or some cute, little two-pieces that barely cover nose and mouth? Let’s wait and watch. The show is about to begin. Fasten your seat belts.

Masks with reference to most Indian households is another area worth considering. If I were to pick an adhesive for keeping the privileged Indians engaged during the pandemic lockdown and the aftermath, the topmost would surely be access to the OTT platforms. The other engagements can be clubbed as follows: Cold War with the partner post a World War III over household chores and managing kids, or, over expectations of managing work and home. As everyone watched the OTT shows together, one noticeable semi-colon was the liberal usage of swearwords, both in English and Hindi. When the kindergartners asked the elders: what do f*** or MC mean, parents said: bad words, go do your homework! When the former asked about the liberal display of love between two adults, the latter braved it through fast forward or pause buttons, or, the good old: “go, get water.” As the unrelenting and unwilling super swift kids came back with the glass of water, the straight faced (masked?) parent asked for another one, as and when needed.

At the societal level, a high-profile arrest in the alleged case of a billionaire, supposedly making moolah with shoddy businesses, cements the reality that anything unparliamentary or controversial garners more eyeballs quickly and easily as the speed of the road-side vendor serving golgappas.

The proponents of decency in language or deeds often find themselves clubbed under the mega title BORING, and for them, the tradeoff is meh, better to put on the mask of indifference than to argue and try to explain further!

The tailors are successful in creating make believe world for the takers. The invisible clothes are everywhere. The parable, The Emperor Has No Clothes, has ceased to be one as it comes to life in the lives of people like the stuck song syndrome. Rare to find is the child to exclaim aloud: the emperor is without clothes!

Who could have thought masks would become a second skin for everyone? Umm, may be third or fourth for some with silicon, plastic and pretence! An interesting proposal for the Archaeological Survey of India could be to dig up more behind the masks and imagine Carl Jung smiling from his grave with a told you so look!

Why so serious, bro! Let’s brush all this under the carpet because we have so much catching up to do on binge watching Money Heist. Oh, those surrealist Salvador Dalí masks! 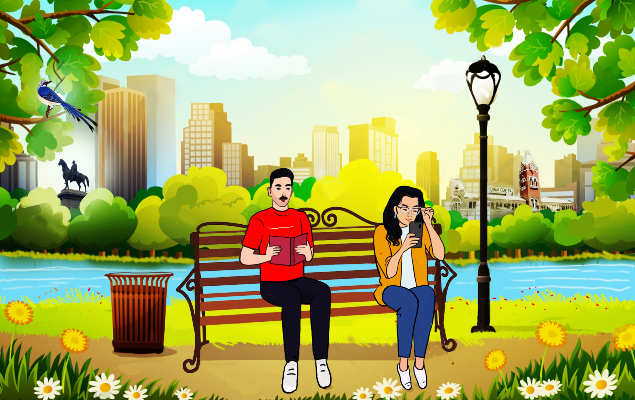 From Singara Chennai to Santhosha Chennai: How to make a city discover it’s inner beauty 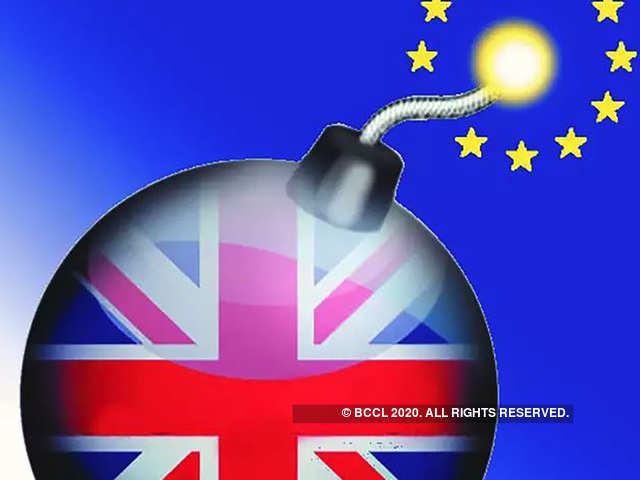 Blackmail and a pandemic. Is this Brexit’s last gasp?

Can finite objects give infinite happiness?