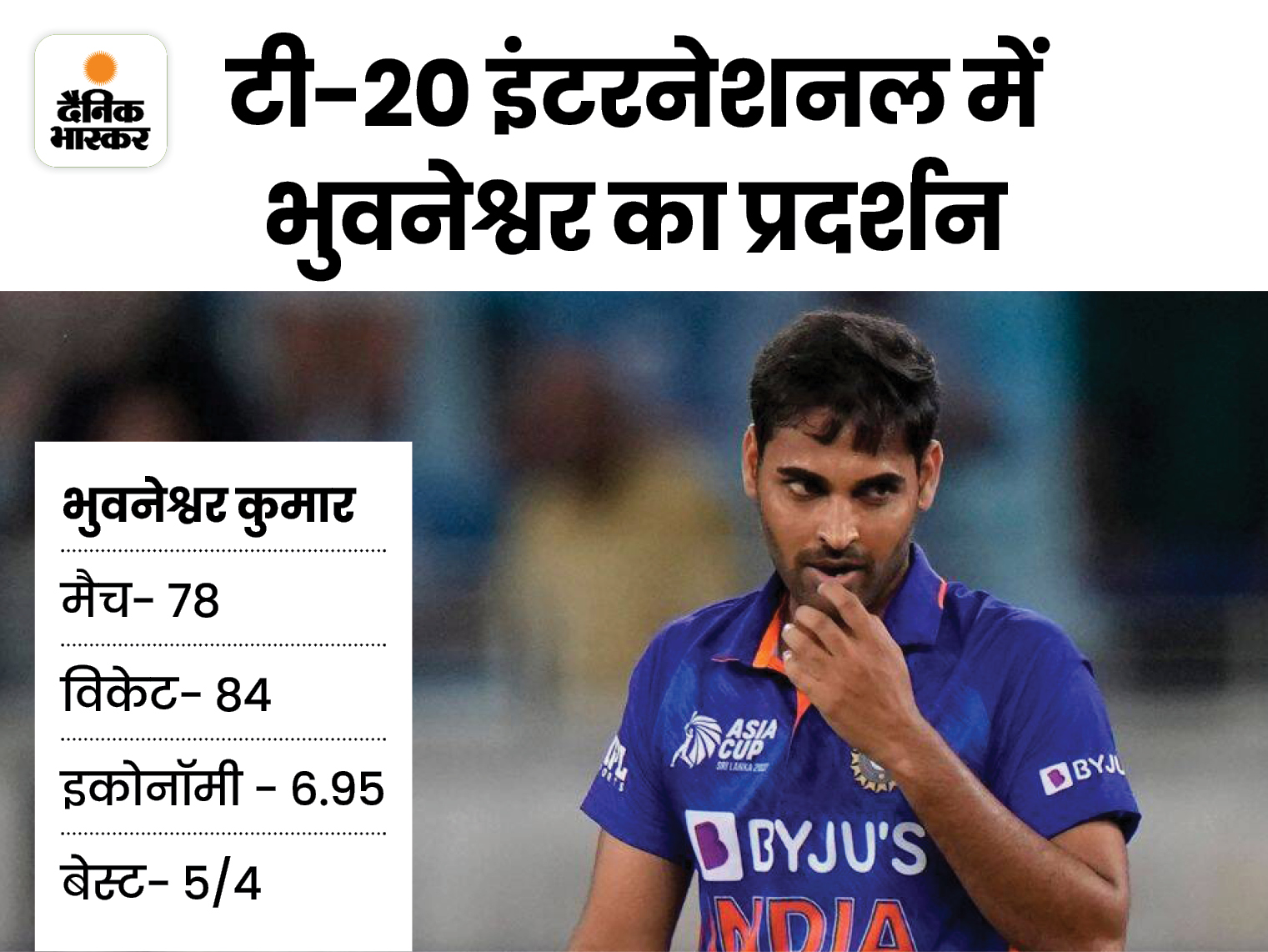 Former Australian opener Matthew Hayden has supported Indian bowler Bhuvneshwar Kumar in a recent interview to Star Sports. After Bhuvneshwar’s poor performance in the last few matches, questions arose as to whether Bhuvneshwar is fit to bowl in the death overs for India. Giving his opinion on this matter, the former opener of the Australian cricket team said, ‘I do not agree with this. I think he can bowl well in the death overs and he has done that too.

Obviously his role is to take wickets in the opening overs, but if the captain wants him to bowl in the last one or two overs, Bhuvneshwar can do that too. He has done this before and has also led India to victory.

Bhuvneshwar is continuously flopping in the death overs

Asia Cup 2022 India-Pakistan Match
India had defeated Pakistan once in the Asia Cup 2022, but in the Super-4 match against Pakistan, India had to face it. In this match, Bhuvneshwar was given the responsibility of bowling in the death overs. Bhuvneshwar came in to bowl against Pakistan in the 19th over. Asif Ali and Khushdil Shah were batting for Pakistan. He had to score 26 runs in 12 balls to win.

Sri Lankan captain Dasun Shanaka and Bhanuka Rajapaksa were batting. Bhuvneshwar gave only 1-1 runs on the first and second balls of the over, but after that he bowled 2 wide balls. As a result, Sri Lanka got 2 runs without any effort. After this, Shanaka hit a four on the third ball of the 19th over.

Shanaka again hit a four off Bhuvneshwar’s fourth ball. He bowled the fifth ball yorker, but Shanaka managed to collect a run on it too. The last ball of the over, Bhuvi tried to put it on the leg stump, Rajapaksa took a run. In this way, in the 19th over of this important match, Bhuvi gave 14 runs to Sri Lanka.

The first match of India’s home T20 series against Australia was played on 20 September in Mohali. India’s batsmen had set a target of 209 runs in front of Australia. Jasprit Bumrah was not included in this squad. In such a situation, the team had many expectations from Bhuvneshwar in this match but Bhuvneshwar’s performance was disappointing. He conceded 52 runs in 4 overs. Bhuvneshwar could not take a single wicket in the first match of the series. While bowling in the death over, Bhuvneshwar gave 16 runs to Australia. In this over, the batsmen hit three fours off Bhuvneshwar’s ball.

Bhuvneshwar’s performance in the death overs in the first Asia Cup 2022 and now the India-Australia T20 series has been disappointing. It is worth noting that before the T20 World Cup held in Australia, this series is being seen as a preparation for India’s T20 World Cup. In such a situation, the performance of the Indian team in this match is important in every respect.

Know how Virat Kohli increases lung power: Sprinting for 10 minutes with a high altitude mask, so that the lungs work better even in low air

80% experts are calling India a contender for victory: Shane Watson said – the winner of this match will become the champion of Asia Cup 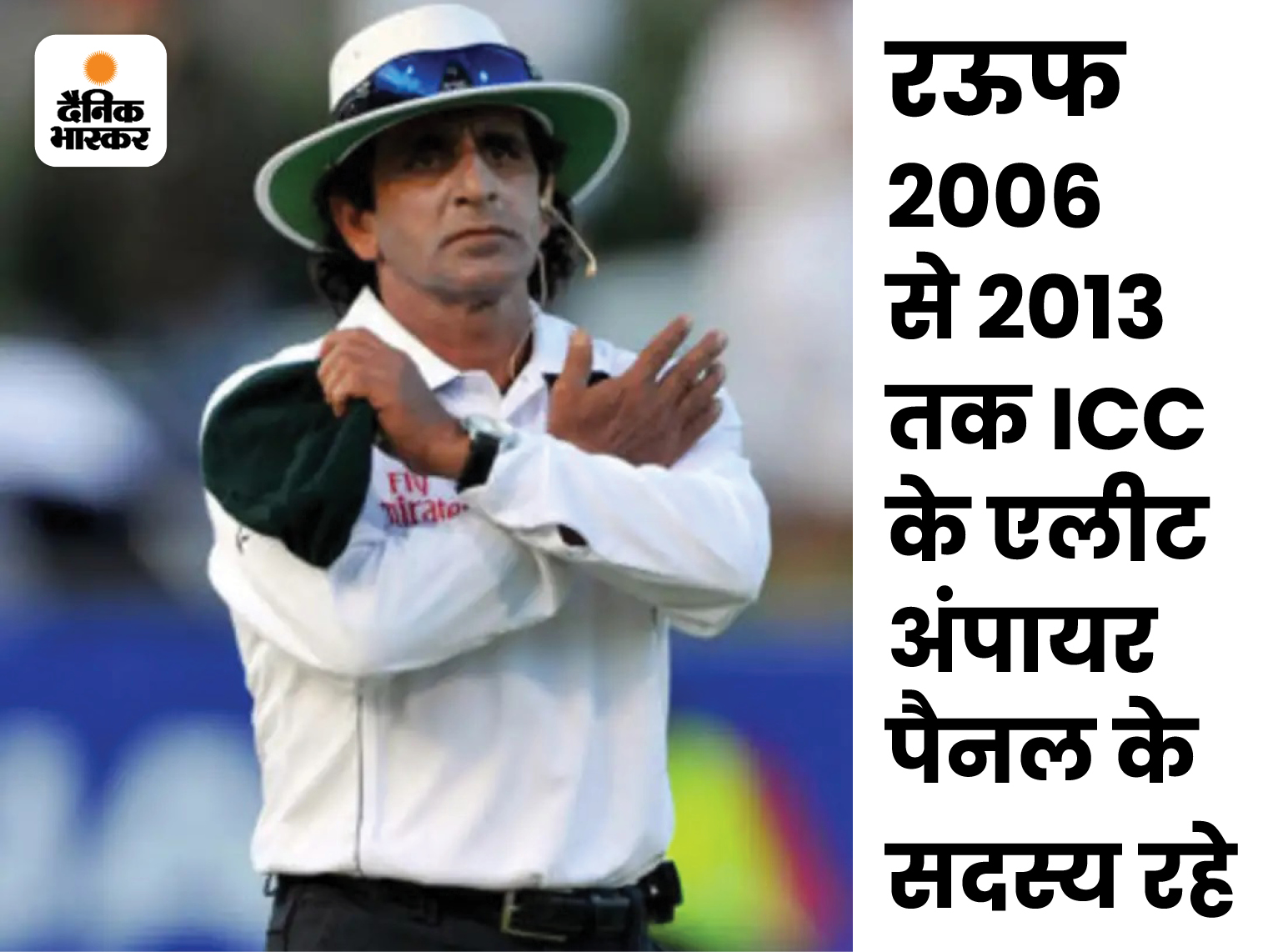 Former Pakistan umpire Asad Rauf passed away: In 2013, he was accused of spot-fixing in the IPL; After the ban, shoes and clothes were sold