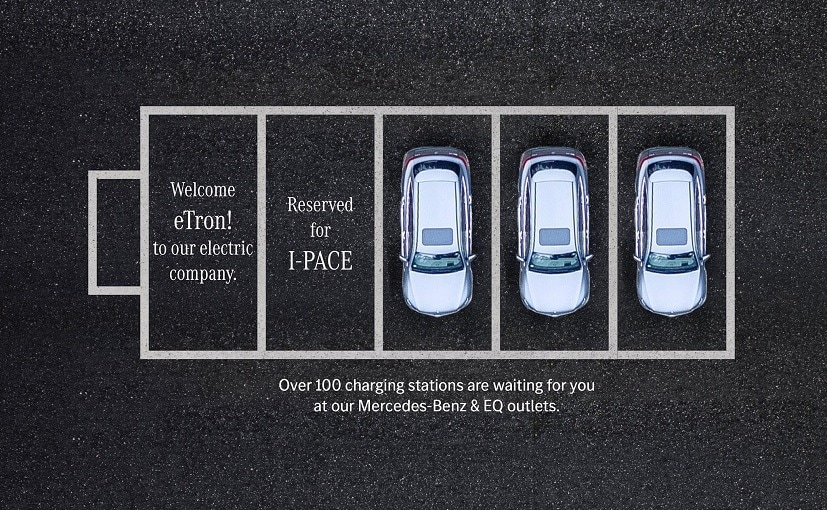 
With rival Audi launching its first electric vehicle, the e-tron range in India today, on July 22, Mercedes-Benz India has posted a special creative on its social media handles welcoming to new electric SUV to the country.

Similar to how it welcomed the Jaguar I-Pace earlier, now Mercedes-Benz is welcoming the Audi e-tron

The electric vehicle market is still at its nascent stage in India, especially when it comes to the luxury car segment. More than competing with each other the select brands that are currently in India are more focused on expanding the EV ecosystem. And Mercedes-Benz has showcased this idea in a very efficient manner. With rival Audi launching its first electric vehicle, the e-tron range in India today, on July 22, Mercedes-Benz India has posted a special creative on its social media handles welcoming to new electric SUV to the country. The Audi e-tron is priced in India between ₹ 99.99 lakh to ₹ 1.18 crore (ex-showroom, India).

The Audi e-tron range includes both the regular electric SUV, as well as the coupe version, the e-tron Sportback

Now, this is not the first time that Mercedes-Benz India has extended an olive branch to one of its rivals. Earlier in March 2021, when Jaguar Land Rover India launched the I-Pace, the company posted a similar creative welcoming the electric crossover to the country. Like the previous one, the new creative also showcases a car parking grid which is shaped like a battery cell with two empty spots for the I-Pace and the new e-tron.

There’s always room for more in the electric future. Welcome @AudiIN. Our wide network of electric charging stations are open for you, as they are for @JaguarIndia. pic.twitter.com/RyrUpEdkIS

However, Mercedes-Benz India is also using this opportunity to sort of pat itself on the back. The three-pointed star brand launched the first luxury electric vehicle in India with the EQC, and the company entirely sold the first batch within three months. And that is why we also see more EQCs on the creative. Furthermore, the company also highlights that it already has over 100 EV charging stations, across India, at its EQ outlets, which its rivals are welcome to use. In fact, the post says, “There’s always room for more in the electric future. Welcome, Audi India. Our wide network of electric charging stations are open for you, as they are for Jaguar India.”

The first batch of Mercedes-Benz EQC, which was launched in October 2020 was sold out within 3 months

As for the e-tron, Audi India has launched both the regular e-Tron SUV and the e-tron Sportback coupe SUV. The former will be available in two variants – 50 and 55 Quattro, whereas the Audi e-tron Sportback will go on sale in the single top-spec 55 Quattro variant. The company has said that customers who buy the electric SUVs in 2021, will receive two chargers as part of the purchase. One will be an 11 kW compact charger, and the other will be an additional wall-box AC charger that can be set up as per the needs of the customer. Audi dealerships in India will be equipped with 50 kW DC fast chargers as well and these will be set up in a phased manner. 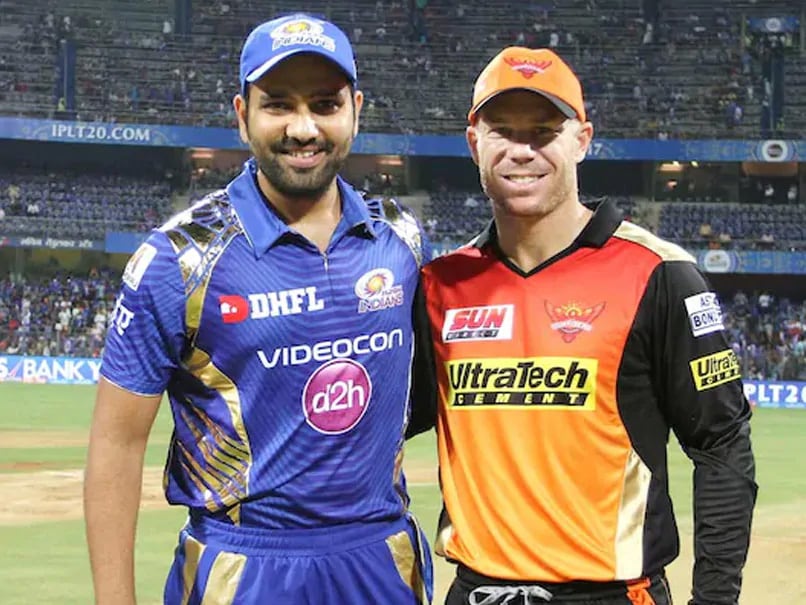 No restriction on accessing any website in Jammu and Kashmir: Centre – Times of India