Amid fashion lines crisscrossing into a purple patch, the mittens of Bernie Sanders were like a scribble on a prescription pad: “Keep warm and gargle with lukewarm water.” He inadvertently became hand in mitten with meme-makers at the ceremony in which Joe Biden was sworn in as the president of the United States. But Bernie (the mittens almost embarrass  the pomp of the surname formality) is by no means the first political figure to cause a commotion with an accessory designed for a downroar.

In India, Delhi chief minister Arvind Kejriwal’s mufflers had the internet wrapped to its neck in discussions about symbolism and practicality. But only mittens feature in an immortal ditty enumerating common things that comfort us, regardless of our nationality: “Raindrops on roses and whiskers on kittens/ Bright copper kettles and warm woollen mittens.” In that song, My Favourite Things from The Sound of Music, no other icon of unpretentiousness – certainly not the muffler – would have yielded the  meow of a cuddly rhyme.

In Hamlet, Polonius tells his son Laertes: “Costly thy habit as thy purse can buy/ But not express’d in fancy; rich, not gaudy.” The word “gaudy” suggests that Polonius did not want Laertes to invite notice at gatherings. Bernie’s mittens were not costly. They were free, and though not gaudy, they provoked a hashtag inferno because of their matrix design. They were like the caution-signalling strips of a metro platform amid an operatic spectacle. So while poems and paeans for America lifted the world in silk-gloved hands, rather like those of an auctioneer displaying a 500-year-old painting, Bernie’s mittens announced: “Mind the gap.”

In the pandemic, instructions on wearing surgical gloves are confusing. Some doctors worry that latex-handed people will be complacent about hygiene and may give their noses an unsanitised, rubbery scratch. But Bernie’s mittens, heavily repurposed, are tailor-made to blunt the desire for all such trespasses.

Incidentally, the shaman who stormed the US Capitol had the coronavirus aspect about him, with his horns jutting out like protein spikes. At any rate, Bernie’s mittens have the potential to evolve into emblems of corona chic: hardy, slyly non-unassuming, and scratch-inhibiting. As for My Favourite Things, at the inauguration Bernie even had a brown paper package, but it wasn’t tied up with strings. Being who he is, he did not fall into the Von Trapp of movie allusions. Yet the Bernie Mask has the chance to create a valuable accessory for democracy. One imagines it will be an understated sensation. Only Bernie can pull off that oxymoronic feat. 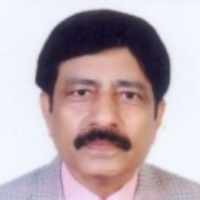 The gut-brain connect and mental health

One thought on “Mind the gap: What Bernie’s mittens said as they went crisscrossing around the world”