Heavy rains in recent days have inundated 5,795 hectares of agricultural crops in the district, with 13,135 farmers from 285 villages in 30 mandals of the district suffering extensive losses.

Rambilli, Yelamanchili, S. Rayavaram and Atchutapuram mandals are said to be the worst-hit by the heavy rains caused by a deep depression in the Bay of Bengal and the subsequent flooding of rivers and streams.

The Collector also said that 25 animals, including cows and buffaloes, and 11,100 heads of poultry chicken, died in the rains. Eight nets, 39 boats, and one aquaculture pond, all worth ₹57 lakh, were damaged.

Mr. Vinay Chand informed the Minister that 30 mandals out of 46 were affected due to heavy rains. He said that six persons died in various incidents due to the rains.

The Collector said 157 km of roads were damaged in the district. The Varaha right river bank at Somideipalli at S. Rayavaram mandal suffered damage. Six km of road in Yelamanchali mandal was completely damaged, he said.

Addressing a press conference after the review meeting, Mr. Srinivasa Rao said that every affected farmer will be provided compensation by the government. He also said that details regarding the crop damage are being displayed at all the Sachivalayams in the district.

“If any farmer has not registered the details about their losses with the government, they can do it at the sachivalayam,” he said.

Officials from Panchayat Raj, R&B, Irrigation and Fisheries have estimated losses and submitted a report. Soon, a complete report will be sent to the government, he said.

Wife along with daughters attempt suicide after husband dies 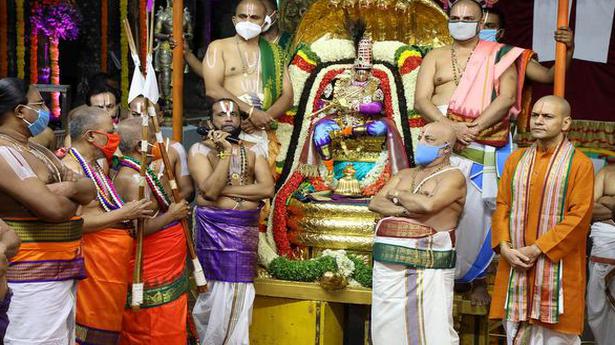