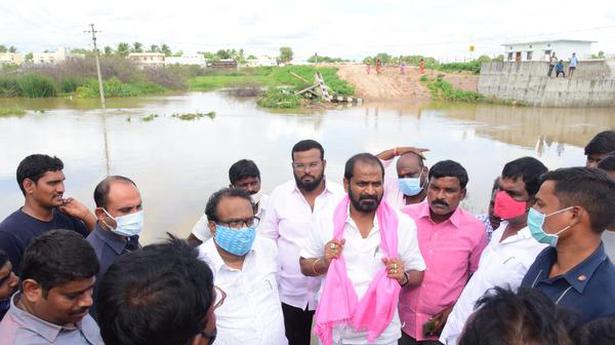 Minister for Excise V. Srinivas Goud, who was camping in Mahabubnagar, visited the flooded colonies on a bike after getting a distress call from Shivashakti Nagar Councillor’s family around 3.50 a.m., as his car driver was not available.

The Minister and a couple of his personal staff went round the areas before the district officers joined them.

It was initially suspected that Peddachervu in the town could have breached leading to the inundation of residential colonies. However, a visit to the tank cleared the doubts and the officials swung into action for relief work after realising that it was heavy rain that had flooded the colonies.

He was accompanied by District Collector S. Venkata Rao, Superintendent of Police R. Venkateshwarlu, Additional Collector Tejas Nandlal Pawar, and Deputy SP Sridhar. Mr. Goud instructed the officials to take steps for draining out water from the colonies. The road leading to Motinagar was also submerged following excess flow from the tank flooding the area. He told the officials to make alternative arrangements connecting Motinagar to the rest of Mahabubnagar.

The District Collector was told to talk to SCR officials for laying a road parallel to the rail line passing in the Motinagar area. Mahabubnagar town recorded 87 mm rain on Saturday (till 8.30 a.m. on Sunday).

Later in the day, the Minister held a video conference with mandal level officers on the rain and flood situation and told them to be alert following the forecast of heavy to very heavy rains at isolated places across the State for the next two days. He instructed the irrigation officials to keep a watch on tanks and ponds and focus on tanks with weak bunds and those breached in the past. 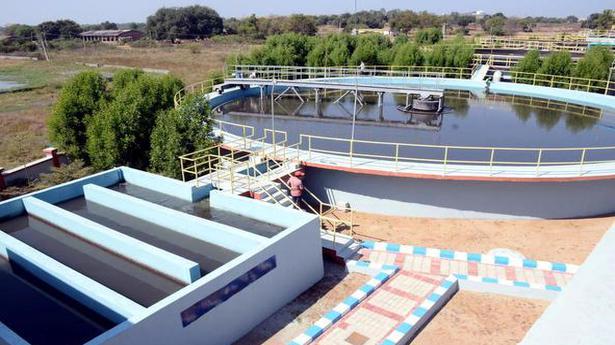 Siddipet all set to get another makeover