The vice-chairman of the National Commission for Minorities, Atif Rasheed, will hold meetings with government officials on the implementation of programmes for minorities and hear out the grievances of the communities during his three-day visit to the State.

Mr. Rasheed began his three-day visit of Karnataka on Sunday with a visit to Gumbaz, the mausoleum of Tipu Sultan in Srirangapatna near here that is over two-centuries old. He is scheduled to hold a meeting with Chief Secretary Ravi Kumar and other government officials on the implementation of the Prime Minister’s new 15-point programme on minority welfare.

Mr. Rasheed, who is also the officiating chairman of the commission, told reporters that he would examine the extent of usage of funds sanctioned by the Union and State governments for minority welfare. He also said the objective of the visit was to fulfil Prime Minister Narendra Modi’s promise of “sab ka saath, sab ka vikas and sab ka vishwas”.

The commission will also act against complaints of discrimination against any of the six minority communities of Muslims, Sikhs, Christians, Jains, Buddhists, and Parsis. “Whichever community gives us a representation in writing, we will act,” he said.

When his attention was drawn to the perceived anti-minority laws such as the ‘love jihad’ and the anti-cow slaughter law in force in different States, he said the commission had not received any complaints on them. With regard to triple talaq, Mr. Rasheed said the number of complaints had come down drastically from a couple of thousands every year to 24 to 25 since 2018-19.

When asked about the downsizing of the budgetary allocation for minorities in the Budget presented by Finance Minister Nirmala Sitharaman, he said the funds earmarked for various development works last year could not be utilised because of COVID-19 and even the allocation set aside for minority affairs could not be used. “When the funds are utilised, the budgetary allocation goes up. And when it is not used, it will come down,” he said, expressing hope that it would go up in the future.

Mr. Rasheed also pointed out that the allocation for minority welfare had gone up from ₹2,600 crore before Mr. Modi became Prime Minister to almost ₹6,000 crore.

With regard to the post of the chairman of National Commission for Minorities remaining vacant since July 2020, Mr. Rasheed said the matter was left to the Prime Minister. 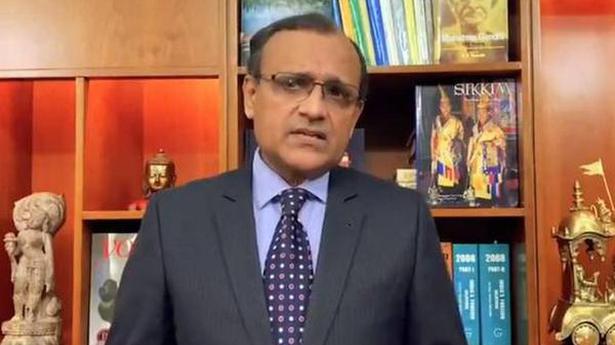