In anticipation of rise in student intake, two 150-room hostels are coming up on PKTB Sanatorium campus

In anticipation of an increase in intake of seats for MBBS course from 150 to 250 from the next academic year, one of the oldest medical colleges in the country – Mysore Medical College and Research Institute (MMCRI) – has begun scaling up its infrastructure.

It is building bigger lecture halls and constructing two new mega blocks of girls and boys hostels with each having 150 rooms.

By the time admissions begins for 250 seats, the hostels would be ready, according to MMCRI sources.

“The work on the six-storey hostel buildings near Sri Jayadeva Institute for Cardiovascular Sciences and Research on PKTB campus on KRS Road has begun and we hope to complete the construction in the next seven to eight months,” said MMCRI Dean and Director C.P. Nanjaraj.

Importantly, rooms in the new hostels come with attached restrooms, with better facilities for the students. And each room can comfortably accommodate three students.

“There is no provision for two-sharing. Either it is single or three-sharing. In these hostels, the rooms come with three-sharing accommodation,” said Dr. Nanjaraj.

MMCRI’s UG intake would have been increased to 250 by now but the MCI rejected its proposal earlier on the grounds that it doesn’t attend to 3,000-plus outpatients.

“With the coming up of the National Medical Commission in place of MCI, the guidelines for increasing the MBBS seats had been revised and the MMCRI stood a chance to get the approval for 250 intake since the hospitals attached to the college were attending to nearly 2,300 outpatients daily,” he explained.

The OPD numbers were actually around 3,000 previously but the number dropped after the Jayadeva Hospital moved to its new campus on KRS Road from K.R. Hospital premises. The Jayadeva outpatients were added to the hospitals’ outpatients list.

“The number of patients availing outpatient services was actually more than 3,000 but the number was not reflected in the records since patients coming to utilise the services repeatedly were not presently being considered in the system. With the launch of e-Hospital, the repeat patients’ entry will henceforth be recorded in the system which is bar-coded. By this way, we will be able to cross the number prescribed by the MCI for getting the permission on the intake,” Dr. Nanjaraj said.

The MMCRI has also taken up the task of constructing four “mega” classrooms or lecture hall complexes on its campus here to stand a chance of increasing the intake of MBBS seats from 150 to 250 seats.

With 60:40 funding, 300-seater lecture halls are coming up for accommodating more number of students.

The erstwhile Medical Council of India (MCI) did not increase the seat intake and one of the reasons was that the MMCRI lacked bigger classrooms – for accommodating 250 students if the permission was granted. Another reason for denying permission for the higher intake was that the number of outpatients treated at the K.R. Hospital, the teaching hospital of MMCRI, was less than 3,000 daily. 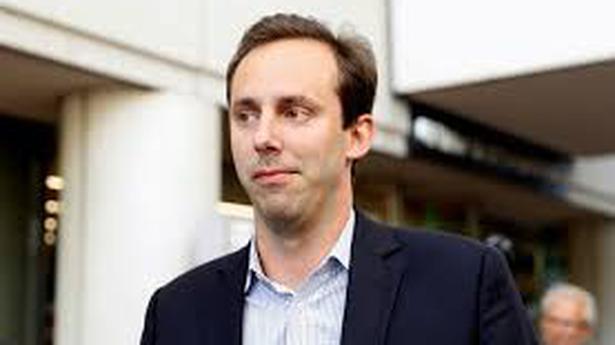