While the developments in the Legislative Council on Tuesday, with the BJP’s no-confidence motion against chairperson K. Pratapchandra Shetty being supported by the JD(S), highlighted the increasing bonhomie between the parties, senior BJP leaders wishing former Chief Minister H.D. Kumaraswamy (in picture) on his 61st birthday on Wednesday further corroborated it.

A slew of BJP leaders, starting with Prime Minister Narendra Modi, wished Mr. Kumaraswamy. “Best wishes to former Karnataka Chief Minister Shri @hd_kumaraswamy ji on his birthday. May Almighty bless him with a long life, filled with the best health,” Mr. Modi said in his tweet.

While there has been speculation for a while about the growing closeness between the two parties, several recent developments such as the regional outfit supporting the Land Reforms (Second) Amendment Bill, 2020, and Tuesday’s events in the Council have only strengthened it.

But, not all within the JD(S) are happy with what they see as confusing signals that the party has been sending out. Some legislators blamed the party for the confusion on Tuesday. “Had the JD(S) announced its intention to support the no-confidence motion earlier, the chairman might have stepped down since the Congress does not have enough numbers. Many of us are also disappointed with the way the party is conducting itself,” a legislator said.

“The party wants to move towards the BJP, but without making much noise… What kind of message are you giving your party workers and leaders? It is confusing when the party votes in favour of one Bill while opposing another, but joins hands with the ruling party to unsettle the chairman. What will you tell voters about your ideology?” asked another legislator.

Another senior legislator of the party said the top party leaders were not taking them into confidence and were only issuing instructions. “When JDLP leader (former Chief Minister H.D. Kumaraswamy) does not attend the Assembly but guides from outside, what do you make of the leadership?” he asked.

Loser in the long run?

He expressed fear that the JD(S) could be the loser in the long run.

“The Congress and the BJP got whatever they wanted at our cost,” he said. He argued that the BJP would get the chairman’s post now and have the hold over Old Mysore region in the long run. On the other hand, the Congress has achieved its intention of “exposing” the JD(S)’ proximity to the saffron party through this episode, he said.

B.C. Patil lands in the soup over remarks on farmers ending lives 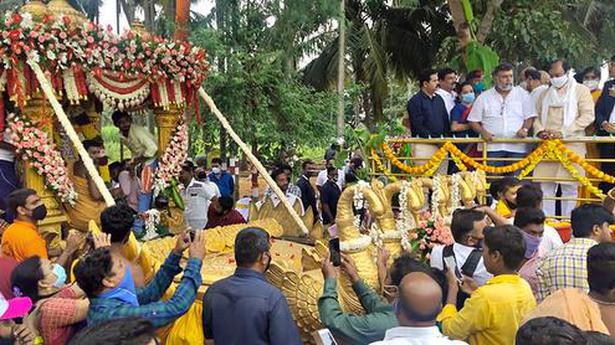