“India and the U.S. have agreed to remain in contact and exchange assessments on the situation”

The unfolding situation in Myanmar was discussed on February 8 during the first telephone conversation between Prime Minister Narendra Modi and U.S. President Joe Biden, said an official of the Ministry of External Affairs on Friday.

“Recent developments in Myanmar were discussed during the telephone conversations between President Biden and Prime Minister Modi on February 8, and External Affairs Minister S. Jaishankar and his U.S. counterpart Secretary Blinken on February 9. India and the U.S. have agreed to remain in contact and exchange assessments on the situation,” said Official Spokesperson Anurag Srivastava during the weekly press briefing.

The military takeover in Myanmar took place in the early morning hours of February 1 and the country has witnessed strong public protests against the military ever since. India had immediately expressed “deep concern” at the situation in Myanmar after the military leadership detained leaders of the National League for Democracy (NLD), including the State Counsellor Daw Aung San Suu Kyi. The United Nations Security Council, where India is at present a non-permanent member, subsequently urged the military authorities to release Ms. Suu Kyi. NLD had won last year’s election that was declared fraudulent by the military.

“We believe that the rule of law and the democratic process must be upheld… we are closely monitoring developments in that country. We will remain engaged with all concerned on this issue,” said Mr. Srivastava.

On Friday, the U.N. Human Rights Council met to discuss the violent crackdown by the Myanmar military against pro-democracy protesters which has left a large number of people with critical injuries. “We recommend the strongest possible call for the military authorities to respect the election results, return power to civilian control and immediately release all individuals arbitrarily detained,” said U.N. Deputy High Commissioner for Human Rights Nada Al-Nashif on Friday. 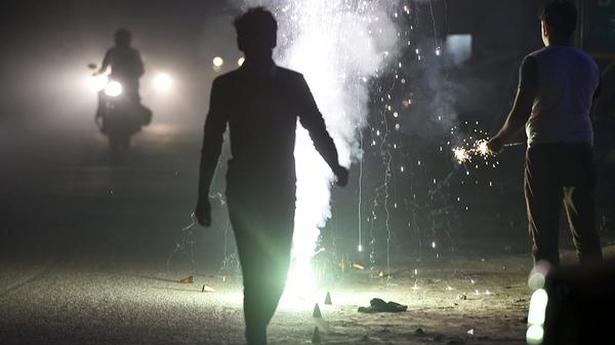 This year, no cracker of a Deepavali in NCR