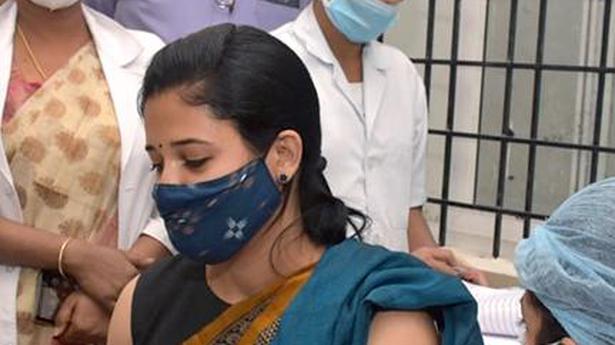 
After Deputy Commissioner Rohini Sindhuri took the jab on day one of the vaccination on Monday to encourage her staff to follow suit, other top officials from the district came forward to get the shot against COVID-19, to send a message to their staff on the need for taking it without fail.

Mysuru Zilla Panchayat CEO B.A. Paramesh and Mysuru City Corporation Commissioner Gurudatta Hegde were among the key officers who were administered the vaccine on the second day of the second phase of vaccination for the frontline workers here on Tuesday.

While Mr. Paramesh got the vaccine at the district hospital, the Commissioner got the jab at the Trauma Care Centre of Mysore Medical College and Research Institute (MMCRI).

As the pourakarmikas are among the frontline workers eligible to be vaccinated, the MCC has taken up the task of vaccinating its staff registered on the CoWIN app. An SMS had been sent to them with the date and venue of the vaccination.

MCC Health Officer D.G. Nagaraj, who was present during the DC’s vaccination, said 3,700 staff of the MCC would be vaccinated in the next three to four days.

Around 52% of the healthcare workers had been vaccinated in the district with many missing the jab despite calls from their higher authorities.

The turnout on day onefor frontline workers was not encouraging. The Health Department had planned to complete the vaccination of 16,000-plus frontline workers in about three to four days. The drive may be completed in time if all of them promptly turn up at their respective centres to receive the vaccine, sources said.

The officers and staff of the Revenue Department, police, pourakarmikas, Rural Development and Panchayat Raj Department, Home Guards and other frontline workers were eligible to receive the first dose.

As many as 22 vaccination centres are functioning in the district and authorities were ready to open more if demanded. About 34,000-plus healthcare workers had been registered to receive the first dose of vaccine in the first phase. 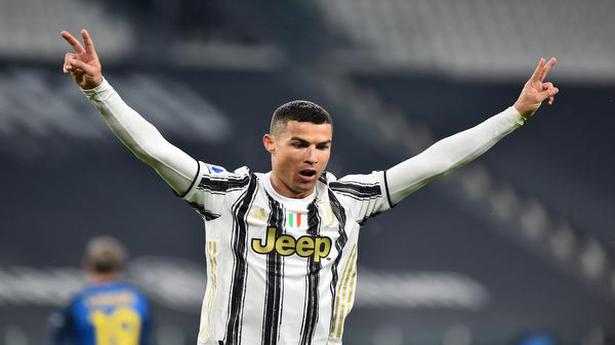