Over 500 tractors from Haryana made their way to the Singhu border protest site on Monday in an attempt to reassure farmers that the stir will continue to intensify.

Amarjeet Dayanand, 25, a resident of Haryana’s Sonipat, said that members of Saroha khap from 12 villages had come to the Delhi border with their tractors.

“We gathered at 9 a.m. and started from Sonipat. The over 500 tractors led to a jam around 10 km long. This is a show of the power of farmers and that this stir is not going to end,” he said.

Sudhir Saroha, 20, said that a few people had tarnished the purpose of the protest on January 26 and farmers have to now correct it. Members of one village will stay here every day for the next 12 days, he added.

“When our leader Rakesh Tikait cried, we all were moved. We will take this struggle to the end,” said Billo Rani, 50, from atop a tractor in which she was joined by 100 other women.

Measures are being taken both in Punjab and Haryana to increase the crowd at all border protest sites.

Turn up or pay fine

Back in villages in Punjab, Bharat Kisan Union (BKU) office-bearers said that committees have been set up to ensure people turn up for the protest in Delhi. “Committees have been formed with the people’s support and it has been decided that one person from every family will come for the protest and if they don’t, they will have to pay a fine which will be decided depending on their financial position,” said Amreek Singh, district pradhan, BKU, Jalandhar (Kadian). He added that people should know that if they do not turn up for the stir then their own future is bleak.

Similarly, in some Haryana villages, rules have been drawn up to ensure people participate in the agitation.

Baljinder Singh, 32, from Karnal, said that in his village of Rattak the same rule of one person per family has been decided, in addition to one tractor.

“There is a fine of ₹1,000 per day if the person doesn’t come for the protest, and a penalty of ₹5,000 if the tractor does not come,” he said, adding that they have prepared a list of people and tractors in their village.

Mr. Baljinder alleged that the police in their village are collecting details of people who have turned up for the protest. “Officers from the station took details of my father — the sarpanch — and the tractors that have come for the protest. They want to intimidate us but we will not be scared,” he said.

Dilbagh Singh from Karnal said that people in two trolleys will come for the protest and stay for four days till the next two trolleys arrive.

On Monday, the Delhi police instaled spikes at the Tikri border and put another layer of security by filling cement between two layers of barricades. Also, Twitter accounts of the Kisan Ekta Morcha and other handles supporting the farmers’ protest were “withheld in India in response to a legal demand”.

Relaying of roads dug up for sewer lines begins in Tiruchi 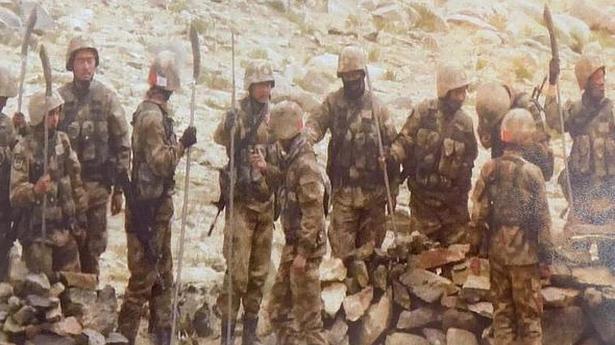