Security agencies are examining a statement purportedly issued by the Afghanistan-based Al-Qaeda in Indian Subcontinent (AQIS), condoling the death of separatist leader Syed Ali Shah Geelani earlier this month, which extended support to the terrorists operating in Jammu & Kashmir.

India’s strategic partnership with Australia is based on “free” and “open” Indo-Pacific region, said Defence Minister Rajnath Singh on Friday. Welcoming his Australian counterpart Peter Dutton who is here for the inaugural ministerial “2+2” dialogue, Mr Singh said both sides will expand military engagements. The Australian Minister referred to India’s role in the region as “essential”.

Rainfall in August, which recorded 24% deficiency, was lowest in 12 years, the India Meteorological Department (IMD) said on Friday. Two major spells of weak monsoon prevailed over the country — from August 9-16 and August 23-27 — when northwest, central and adjoining peninsular and west coast of India had subdued rainfall activities.

He will again make the ritual journey to sacred American landmarks of loss. He will once more bow his head in silent prayer. He will repeat words of comfort for those whose lives changed forever on that brilliant September day two decades ago.

A federal judge ordered Apple to dismantle part of the competitive barricade guarding its closely run app store, threatening one of the iPhone maker’s biggest moneymakers. It could potentially also save app developers billions of dollars that could encourage them to lower the prices paid by consumers.

U.S. President Joe Biden told his Chinese counterpart Xi Jinping on September 10 that both countries needed “to ensure competition does not veer into conflict” as they grapple with a growing list of differences.

A group of environmentalists, historians, geologists and intellectuals have petitioned the Union Environment Ministry to recant its endorsement of seven hydroelectric power projects (HEP) in Uttarakhand.

The Bharatiya Janata Party (BJP) now has one member left in Mizoram’s Chakma Autonomous District Council (CADC). Kusum Lota Chakma, the lone woman elected to the 10th CADC in April 2018 joined the regional Mizo National Front (MNF) on September 8. Her switchover followed the mass exodus of six of the eight BJP members of the council to the MNF in March.

Prime Minister Narendra Modi chaired a high level meeting to review the COVID-19 related situation on Friday. The topics covered included a review of the prevailing COVID-19 scenario, preparedness of the health systems to respond, availability of medical oxygen and matters relating to production, supply and distribution of COVID-19 vaccine noted a release issued by the Central Government.

Governor R.N. Ravi’s transfer to Tamil Nadu has come as a relief to many in Nagaland, including the Nationalist Democratic Progressive Party (NDPP), which heads the all-party government in the State. A section said the Centre should now remove him as the interlocutor for the Naga peace process that has been hanging fire for more than 24 years.

West Bengal Finance Minister Amit Mitra has written a letter to Union Finance Minister Nirmala Sitharaman on the distress faced by common people, where he has highlighted issues like “chronic unemployment, reverse migration of workers, persistent inflation and collapse of private consumption” among others.

Mumbai Indians stars including skipper Rohit Sharma are leaving for Dubai on Saturday while CSK and Punjab Kings have also made individual travel arrangements with BCCI’s plans for a charter flight on September 15 aborted after cancellation of the fifth Test in Manchester.

Actor Sai Dharam Tej met with a road accident at Madhapur in Hyderabad on Friday evening. The actor, who is the nephew of Mega Star Chiranjeevi, was rushed to Medicover Hospital for immediate assistance. Police suspect that the actor was riding his sports bike at a high speed and lost control of it.

India’s industrial output grew by 11.5% in July compared to a 10.5% contraction a year ago, as per quick estimates from the National Statistical Office (NSO) released on Friday. Output measured by the Index of Industrial Production (IIP) had grown 13.6% in June and 28.6% in May, owing to the base effects of the national lockdown in 2020 that hit most economic activity. 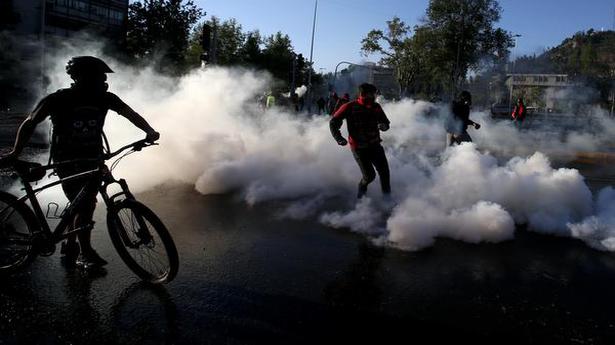 Chileans flock to polls in referendum for change 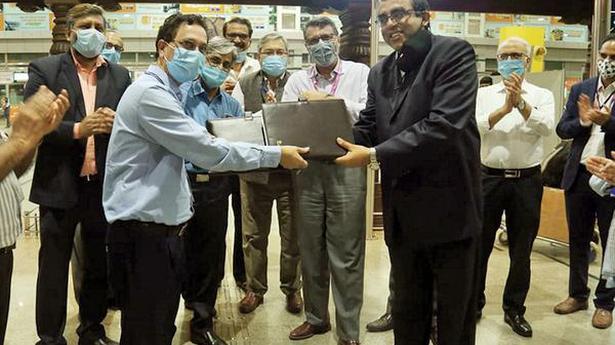 Still open to reconsidering plight of schools on reduction of fees: Suresh Kumar