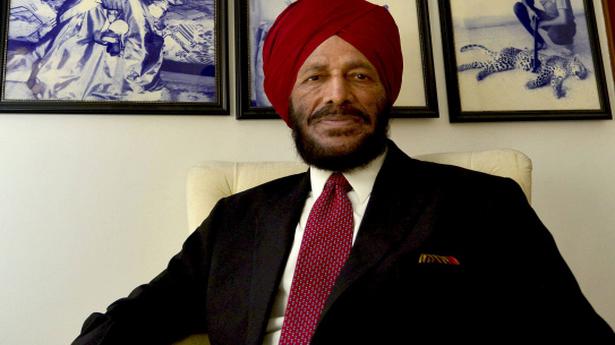 Indian sprint legend Milkha Singh died on Friday after a month-long battle with COVID-19, during which he lost his former national volleyball captain wife Nirmal Kaur to the same ailment.

Opposition parties may have written letters about holding a virtual session of Parliament during COVID-19 period but none raised the issue on the floor of the House, Lok Sabha Speaker Om Birla said on June 18 in an interview to The Hindu s Nistula Hebbar and Sandeep Phukan.

Viewan in Kashmir has become the first village in India to vaccinate all its people with the first dose against COVID-19. Peerzada Ashiq reports on the challenges faced by officials in turning a reluctant village in a remote area into a role model for the country

Jawaharlal Nehru University student and Pinjra Tod activist Natasha Narwal, who was released from Tihar Jail on June 17 after more than a year of incarceration in a case pertaining to northeast Delhi riots, says seeing the struggle of other inmates without support systems has humbled her and strengthened the commitment to ensure that such injustice does not go unchallenged.

J&K is witnessing a heightened political activity as the Centre mulls inviting all the political parties from the Union Territory (UT) to New Delhi in the last week of June to start a political engagement, which is likely to pave the way for the restoration of statehood.

The illegal cultivation of herbicide tolerant (HT) Bt cotton has seen a huge jump this year, with seed manufacturers claiming that the sale of illegal seed packets has more than doubled from 30 lakh last year to 75 lakh this year. Industry lobbies have written to the Agriculture Ministry, demanding that action be taken to stop such sales and punish offenders, noting that cultivation of the genetically modified cotton variant has serious environmental and economic consequences.

As schools grapple with the new formula to tabulate Class 12 marks approved by the Supreme Court on Thursday, the Central Board of Secondary Education (CBSE) has issued a notification to all principals regarding the Information Technology system being developed in-house to aid them.

Social Media giant Twitter was at the receiving end of prolonged questioning by members of the Standing Committee on Information and Technology headed by Congress leader Shashi Tharoor, on non-compliance of new IT rules, usage of manipulated media tag and fact checking.

In this episode of Worldview, our Diplomatic Affairs Editor Suhasini Haidar takes a look at US President Joe Biden’s efforts in building American power back with several summits in Europe such as G-7, NATO, and EU meetings as well as his one on one meeting with Russian President Vladimir Putin.

Karthik Subbaraj’s latest wants to have a bit of everything: a drama with an ultra-cool gangster (Dhanush) at the centre, a serious political film dealing with a global issue, and a stylishly-shot bubblegum film with a carefree attitude, that doesn’t quite achieve the desired results.