His jibe was aimed at China.

The Indo-Tibetan Border Police (ITBP), in developments that took place in the last few months, has broken the myth of some countries that they have a powerful army, Union Minister G Kishan Reddy said on Saturday, in an indirect reference to the ongoing standoff between India and China in Ladakh.

The Minister of State for Home was addressing the troops of the mountain warfare-trained border force on the occasion of its 59th raising day in Greater Noida.

He did not take names but said while India believes in the philosophy of “vasudhaiva kutumbakam” or the world is one family, the culture of the country teaches it to worship both “shastra and astra” or sacred scriptures and weapons at the same time.

“This has taught us that the enemy can raise its head anytime, anywhere and we should be fully prepared to face any possibility. The ITBP is an important pillar of that preparedness of the country,” Mr. Reddy said.

“The armies of some countries had a myth that they were among the powerful armies of the world, but during the developments in the past few months, the ITBP has broken that myth,” he added.

The country and its citizens are proud of the ITBP’s valour and dedication, the Minister said.

The ITBP is the designated force to guard the 3,488-km-long Sino-India Line of Actual Control (LAC) that runs from Ladakh to Arunachal Pradesh in the northeastern flank of the country.

The Army and the border-guarding force are engaged in a military standoff in the Ladakh region for the past few months. The ITBP had sometime ago said it “fought the whole night” and gave a befitting reply to the Chinese PLA troops during a violent clash between the two sides on June 15-16.

Mr. Reddy said the force not only mans the borders and ensures the internal security of the country, but also protects its economic interests.

Mr. Reddy said the Narendra Modi government is “determined” to strengthen and “modernise” the force, and informed about certain sanctions given to it in the recent past.

“I am happy to inform that the ITBP has been given the approval by the Ministry of Home Affairs to establish 47 border posts, uniform special clothing and mountaineering equipment for high-altitude locations, latest weapons are being provided and work is on to prepare priority border roads for the force,” he said.

The Minister said the Centre had approved a budget of ₹7,223 crore for the force for financial year 2019-20.

“I assure you that there will be no dearth of funds for the ITBP,” Mr. Reddy added.

ITBP Director General (DG) Surjeet Singh Deswal also spoke at the event as he lauded the bravery displayed by the troops recently in Ladakh under “very challenging circumstances“.

Mr. Deswal said he toured the Ladakh border front recently and himself honoured the gallant personnel, while adding that recommendations have been sent to the government for awarding gallantry medals to some of them who fought against the Chinese troops.

The force has left no stone unturned to guard this border, faced with challenges of weather, low temperatures and oxygen levels and a difficult terrain, he said.

Mr. Deswal said the force has finalised and sent to the Home Ministry a proposal for constructing “phase-2 of India-China border roads“.

“A proposal has also been sent to the high-level empowered committee for the creation of 18 foot-tracks in Arunachal Pradesh. We hope that the work on this will begin soon,” the ITBP chief said.

He added that the force is providing better vehicles, bullet-proof jackets and helmets, clothing and ration to its troops on the border.

The ITBP was raised in the aftermath of the 1962 Chinese aggression and it has a strength of about 90,000 personnel with 60 battalions on the ground.

TNRERA rejects plea that association can resolve dispute with builder 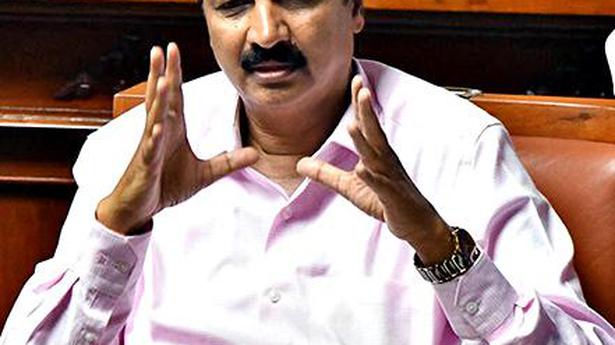