An overwhelming number of parents in Haryana — around 84% for government schools and 73% for private schools — are willing to send their wards to schools for taking guidance from their teachers. In adherence to Unlock-4 guidelines, the government and private schools in the state are all set to welcome the students back after six months.

Of the total 1,36,847 parents of the government schools contacted by the state education department, 1,14,643 are willing to send their wards back to schools. For private schools, only 7,060 parents out the total 9,751 have given their consent. Fatehabad tops the table for government schools with 91% parents agreeing and Panchukula is the bottom with 69%. Similarly, cent per cent parents for Hisar private schools have given their consent, but Kurukshetra parents seem the most wary of allowing their kids to return to school and only 33% agreed. In Gurugram and Faridabad only 48% and 64% parents gave the consent for private schools.

As per Ministry of Home Affairs guidelines, 9 to 12 class students may be permitted to visit their schools on voluntary basis from September 21 for taking guidance from their teachers with a written consent of their parents.

District Education Officer, Nuh, Anoop Singh Jakhar said that 87% parents had given their consent when contacted over mobile phones, but the student would not be allowed without consent letters. Mr. Jakhar said the students would mostly be educated about the Standard Operating Procedures on the first day.

Haryana Progressive Schools Conference, Gurugram, president Col. K. Pratap Singh said that “quite a few” private schools in the Millennium City too would open on Monday. “Some of the students are very keen to return to school. It will be choice for them and a trial for us,” said Col. Singh, adding that the school managements would watch the situation for a fortnight to see how it played out. In his own school only 20% parents for Class X students had given the consent.

Col. Singh added that if it worked out well the schools might consider calling Class X and XII students for practicals. He said that online classes for private schools were running well and therefore parents were less keen to send their wards to schools. 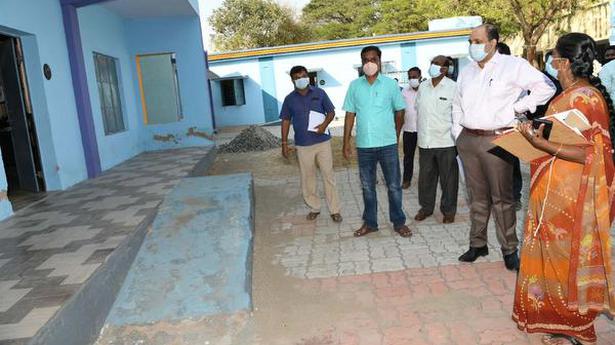