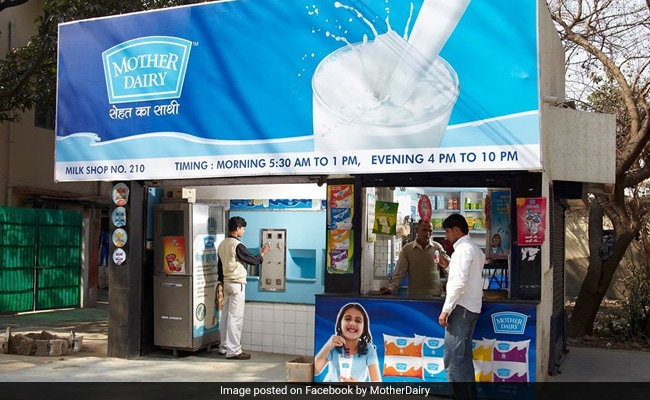 Mother Dairy’s token milk will be sold at Rs 50 per litre. (File)

Mother Dairy full-cream milk and token milk will be costlier by Rs 1 per litre and Rs 2 per litre respectively across the Delhi-NCR (National Capital Region) from today.

The price of full cream milk has been increased to Rs 64 per litre from Rs 63 per litre. However, the company has not revised the prices of full-cream milk sold in 500 ml packs. The token milk (bulk-vended milk) will be sold at Rs 50 per litre.

The company made the announcement on Sunday. This is the fourth hike in milk prices this year by Mother Dairy.

A Mother Dairy spokesperson said that the decision was taken because of the hike in its procurement cost of raw milk from dairy farmers.

“This year, the entire dairy industry is witnessing a huge gap in the demand and supply of milk. Raw milk availability has been impacted due to the increased cost of feed and fodder, erratic monsoon, etc, putting stress on raw milk prices. The outgrowing consumption due to a boost in demand this year has led to much higher usage of commodities,” the spokesperson said.

The spokesperson informed that the price hike will be effective from Monday.

“The ongoing mismatch in the demand-supply, even after the festive season, has further led to the firming of raw milk prices. We are, therefore, constrained to partially pass on the impact with a revision in consumer prices of certain variants. The revision in prices is aimed to continue to support our farmers with the right remuneration while ensuring quality milk for consumers. The new prices will be effective from November 21, 2022, in the Delhi-NCR region,” the spokesperson added.

Mother Dairy passes around 75-80 per cent of the sales realisation from milk towards the procurement of milk.

Back in October, Mother Dairy increased the prices of full-cream milk and cow milk by Rs 2 per litre in Delhi-NCR and some other markets in north India. The rates were also revised by Rs 2 per litre for all variants in March and August.

In October, Amul cooperative also announced a hike of Rs 2 per litre in the prices of full-cream milk and buffalo milk across all states except Gujarat. With the hike, the full cream milk is being sold at Rs 63 per litre.