Six of an eight-member gang, which was allegedly stealing and selling motorbikes by creating duplicate RC books, were arrested by the Penamaluru police in the city on Wednesday.

As many as 44 motorbikes worth ₹18 lakh, a computer, a printer and rubber stamps were recovered from the accused, said Deputy Commissioner of Police (DCP) V. Harshavardhan Raju.

Addressing the media, the DCP said S. Durga Prasad and B. Durga Sai of East Godavari district, who were staying in the Kanuru area of the city, were stealing two-wheelers by using duplicate keys.

They were creating fake documents at an internet centre being run by M. Durga Prasad and K. Suryachandra Veera Bhani, at Kodurkonda in the same district. The gang was selling the motorbikes by using the rubber stamps of some vehicle finance companies, in Gokavaram, Ramachandrapuram and Chintur mandals with the help of M. Srinivas Rao and K. Venkateswarly, said Penamaluru CI M. Satyanarayana. Efforts were on to arrest two more members of the gang — Simhadri Kishore and Malli Shankar, said the DCP. 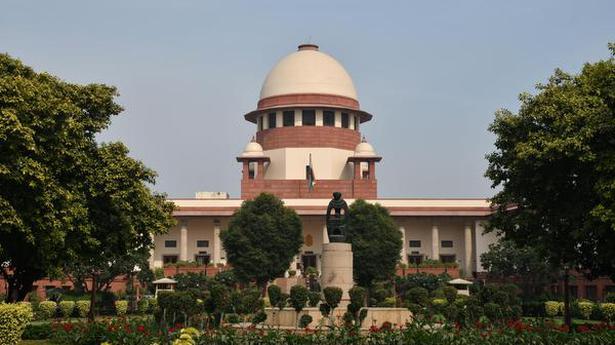