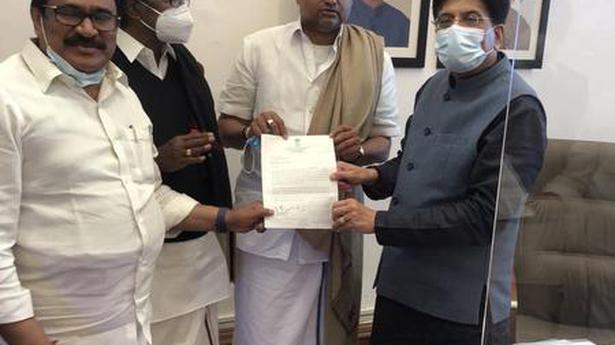 
Five Members of Parliament have strongly urged the Chairman, Railway Board, New Delhi, to take necessary steps to restore express and passenger train services on the Tiruvarur-Karaikudi section following its conversion from metre gauge to broad gauge more than one-and-half-years ago.

The MPs took along with them few representatives of rail users association from Pattukottai, Adhiramapattinam and Aranthangi while meeting the Railway Board Chairman. Mr. Thirunavukkarasar, Mr. Palanimanickam and Mr. Karti Chidambaram subsequently met Union Railway Minister Piyush Goyal on Wednesday and handed a representation on the issue. The MPs team said that resumption of train services in this section would immensely benefit the general public of Tiruvarur, Thanjavur, Pudukottai and Sivaganga districts.

The memorandum signed by the MPs said the Southern Railway was yet to recommence services on the section despite spending crores of money for converting it from metre gauge to broad gauge. The main reason for the delay was that gatekeepers were yet to be appointed for the 72 level crossings falling in this stretch, it further said.

The Southern Railway operated Diesel Electric Multiple Unit (DEMU) train on the stretch with very few coaches. However, the patronage for the DEMU service without toilets remained poor due to the nearly six-hour long journey time taken by it to reach the destination. Subsequently, the DEMU service was suspended and the section has not witnessed any movement of trains ever since the lockdown was clamped in March 2020.

Mr. Thirunavukkarasar and Mr. Selvaraj told The Hindu over phone on Thursday that the Chairman, Railway Board, immediately spoke to the Southern Railway General Manager regarding the issue. The MPs team wanted the railway administration to ensure the appointment of gatekeepers at all the level crossing gates in this section which has the potential to connect stations up to Rameswaram. The team urged the Railway Board Chairman to take steps to resume rail services on this stretch coinciding with Tamil New Year’s day in April, said Mr. Thirunavukkarasar and Mr. Selvaraj.

The MPs in the memorandum also urged the railway administration to operate a Antyodaya express from Chennai to Rameswaram via Tiruvarur, Pattukottai and Karaikudi and reintroduction of daily overnight express train between Chennai and Karaikudi. Operation of passenger trains between Karaikudi and Mayiladuthurai and an early morning train from Velankanni to Madurai via Tiruvarur, Thanjavur and Tiruchi were also put forth by the MPs during their meeting.

Sushant Singh Rajput: Life and death in the spotlight 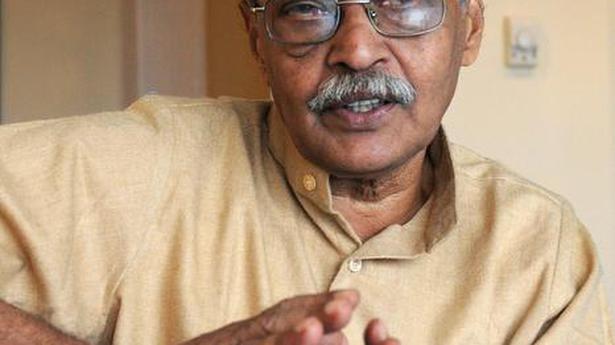 At 82, he continues to champion progressive cinema