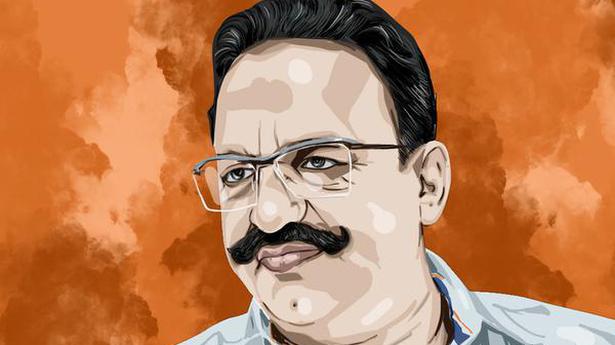 In the long list of criminally-tainted politicians in Uttar Pradesh, Mukhtar Ansari’s name is perhaps the most polarising. His intimidating physical persona — broad shouldered, towering way over six-feet and a thick twirled-up moustache — is an unmistakable part of his public image and notoriety.

A gangster and a dreaded mafia don for the Uttar Pradesh government and his detractors, Mr. Ansari is a messiah against feudal and communal forces for his supporters in the backward parts of eastern Uttar Pradesh. Within this binary, lies the timeline of the life and politics of Mr. Ansari.

A five-time MLA from Mau, a small district known for its textile and weavers, Mr. Ansari was born in the neighbouring district of Ghazipur in 1963. His brother Afzal, currently an MP from BSP, was previously elected MLA on a CPI ticket. Together, the brothers, though having influence in a limited area of eastern Uttar Pradesh, have often served as the mascots for criminal politics in the State.

Mr. Ansari is currently lodged in Banda jail. This election season, politics came a full circle for Mr. Ansari and his family. On Friday, BSP chief Mayawati said her party would keep away from candidates who are dubbed ‘mafia or Bahubali’ in the 2022 poll. She specifically named Mr. Ansari, who won as a BSP candidate in 2017, and said he would not be fielded in the next election. It was little more than four years ago, a month before voting for the 2017 election, that Ms. Mayawati, desperately banking on a Muslim-Dalit combination, welcomed Mr. Ansari, his son Abbas, his brothers Afzal and Sibgatullah into the BSP after an image-conscious Akhilesh Yadav’s Samajwadi Party snubbed them.

Ms. Mayawati had then defended the criminal charges against Mr. Ansari, suggesting that some of the cases were not genuine. Interestingly, Ms. Mayawati had in 2010 expelled Mr. Ansari from the BSP for his alleged criminal activities.

Her choice in 2017 was backed by the understanding that she could reap the benefits of the clout of the Ansaris in Ghazipur, Mau, Ballia, Azamgarh and Varanasi districts, especially among the Muslims and some backward caste communities opposed to dominant castes. If Mr. Akhilesh went on a collision course with his uncle Shivpal Yadav in 2017 over the latter’s role in the induction of the Ansaris into the SP, just recently, he welcomed Mr. Ansari’s brother Sibgatullah, a two-time former MLA, into the the party.

Ever since the Yogi Adityanath government came to power in 2017, the Ansaris have been under the radar, facing police action. Several persons considered close to Mr. Ansari, who was designated a “gangster” and head of a gang coded as IS191, were shot dead.

In June, UP ADG Law and Order Prashant Kumar said that from January 2020 to April 2021, the state police had lodged 5,558 cases under the Gangsters Act and acted against 22,259 criminals, seizing property worth over ₹1,128 crore. The police identified 25 mafia criminals in U.P.. Mukhtar was on top of the list.

During the same period, 244 members linked to Mr. Ansari were arrested, property or land worth ₹194 crore was seized, demolished or freed from “illegal occupation” of the “Mukhtar Ansari gang.” Police also arrested 158 persons linked to him and lodged 102 cases against them, and seized or cancelled 122 weapon licences. Out of these, 110 were booked under the Gangsters Act, 30 under the Goonda Act, six under the National Security Act and 37 were added to the history-sheeter list.

The MLA’s family repeatedly alleged that the government was targeting them to entangle them in criminal cases and to divert public attention from its failures. Mr. Ansari had 52 FIRs lodged against him, of which 16 are sub-judice, say police. These include cases of attempt to murder and murder, as per his last election affidavit.

On his official bio in the Uttar Pradesh Assembly site, Mr. Ansari states “protection of Dalits, poor and the weak, and maintaining communal unity and brotherhood” are among his special interests. His political career has been eventful.

Mr. Ansari’s first election victory came in 1996 on a BSP ticket. In 2002 and 2007, he secured the Mau seat as an independent before winning in 2012 under the Quami Ekta Dal (QED) party, which he formed with his brothers after his expulsion from the BSP in 2010. In 2017, he won on a BSP ticket, but his son Abbas lost. In 2009, he unsuccessfully contested the Lok Sabha election in Varanasi against BJP veteran Murli Manohar Joshi.

In the 2012 Assembly election, the QED secured two seats. In 2014, he announced that he would contest against Narendra Modi from Varanasi but eventually backed out to prevent a division of “secular votes”. His brother Afzal Ansari, a former MP, defeated Manoj Sinha in 2019, who was a Minister in the Narendra Modi government and till the last hour touted to be the CM of Uttar Pradesh in 2017.

It would be clear in the coming months what role the Ansaris will play in the 2022 Assembly election. But Mr. Ansari is certain to be among the talking points in eastern Uttar Pradesh. 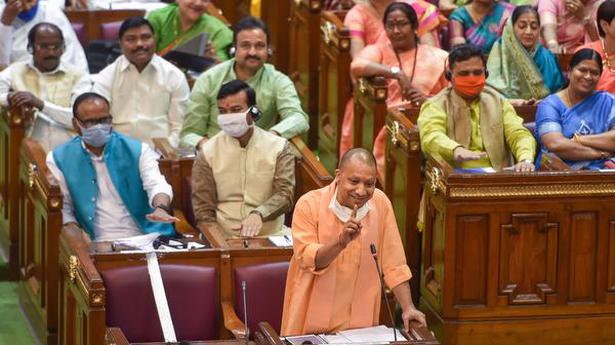 Why does Samajwadi Partys’s name get dragged into every incident of crime, asks U.P. CM Adityanath