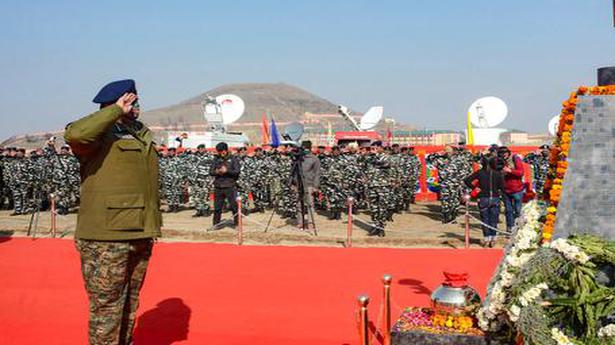 
The paramilitary has been constantly revising its standard operation procedures in Kashmir in the last two years to ward off any attempt to repeat Pulwama-type attack, CRPF IG Deepak Ratan said on Sunday.

“A lot of changes have been made in the CRPF including the SOPs, equipment and training. We have modified and amended the mode of training in such a way that if there is any contingency or a challenge from the militants, they will be given a befitting reply,” IG Ratan told the media in Srinagar on the sidelines of the memorial ceremony.

He paid tributes to the 40 jawans who lost their lives in the attack two years ago, which was carried out by a local suicide bomber associated with the Jaish-e-Muhammad.

He said the CRPF has worked out safe corridors for the convoys on the highway. “To ensure safe passage of the convoy movement on the highway, CRPF men have been provided training on modern lines to carry out road opening exercise.”

The IG said convoy movement has also been reduced and jawans were being moved by planes. “Mostly movement of stores is being carried out through convoys.”

The CRPF has also set up CCTV cameras at vantage points on the highway. “Drone surveillance is also being carried out,” he said.

Is Facebook lying to India and Parliament, asks Rahul Gandhi

Fuel prices will come down only if Centre and State reduce excise duties, says Stalin