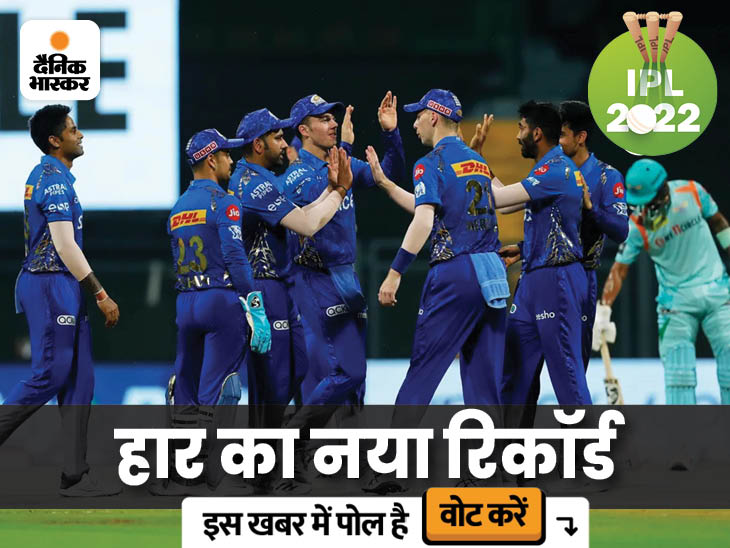 Mumbai Indians became the first team to lose the first 8 matches of any IPL season with a crushing 36-run defeat at the hands of Lucknow Super Giants. This season has been like a nightmare for MI who won the IPL trophy 5 times. No team has ever lost 8 matches in a row in IPL. Earlier this happened 10 times, when a team has lost seven matches in a row.

Bad batting became the reason for the defeat

Ishaan Kishan, who was bought for 15.25 crores, has flopped badly in the last 5 innings. Ishaan’s failure to give a solid start to the team along with Rohit Sharma cost Mumbai. Talking about losing matches continuously since the beginning of the season, in this case too, Mumbai topped. Earlier, Delhi Daredevils had lost the first 6 matches in 2013, while Royal Challengers Bangalore were defeated in the first 6 matches of the 2019 season.

So far this season, Mumbai has lost to DC, RR, KKR, RCB, PBKS, CSK and LSG. Mumbai played 2 matches against Lucknow and had to face embarrassing defeat in both. On Sunday, Mumbai won the toss against Lucknow Supergiants and decided to bowl first. The bowlers bowled well, but the batting again sank the booty.

Very difficult to play playoff with 12 points
Talking about the points table, Mumbai remains at the bottom with 0 points in 8 matches. He still has 6 more matches to play. This season 2 new teams have been entered in the IPL, but the BCCI has kept the number of matches of each team only 14, without changing the format. This was the case in the last season as well. Even if Mumbai wins all its matches from here, then it will have 12 points.

After winning every match, the team gets 2 points in their account. Even after winning all the matches from here, MI will not be able to reach the 14 points which are necessary to go to the playoffs. However, with 12 points, SRH have played the playoffs in 2019. If Mumbai is to repeat the same miracle with 12 points, the other teams will have to do much worse.

Lack of all-rounder disturbed the balance of the team
The team of Mumbai Indians made Tim David a part of their team in place of Hardik Pandya for 8.25 crores. But David was not given a chance to play in any match. The result was that they had Jaydev Unadkat to bat at number 7, who is not that much of a better batsman.

Due to the lack of a good all-round option, Mumbai are constantly battling with the ruckus of defeat. Except Pollard, none of the top six batsmen can bowl. That’s why Mumbai has to take 5 bowlers in its playing XI under compulsion. The lack of consistency in the performance of the players has been a major reason for Mumbai’s poor performance. 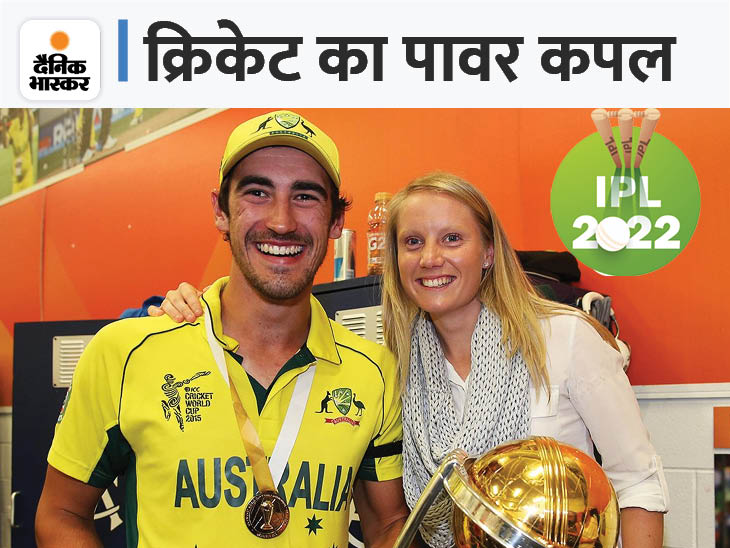 Player of the tournament in both the World Cup: Healy achieved the feat in the Women’s World Cup, Mitchell Starc has achieved this feat in 2015

Would not have seen such a penalty in football: the player took 40 seconds to reach the ball keeping a few steps away, the goalkeeper got bored, then kicked