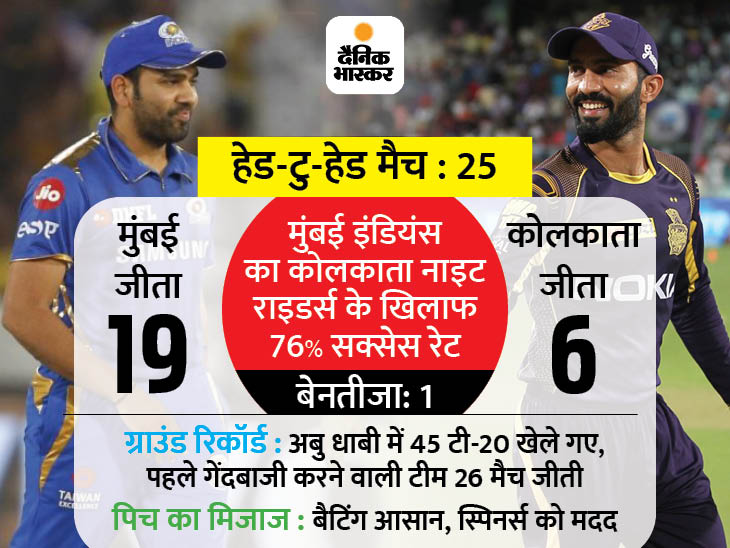 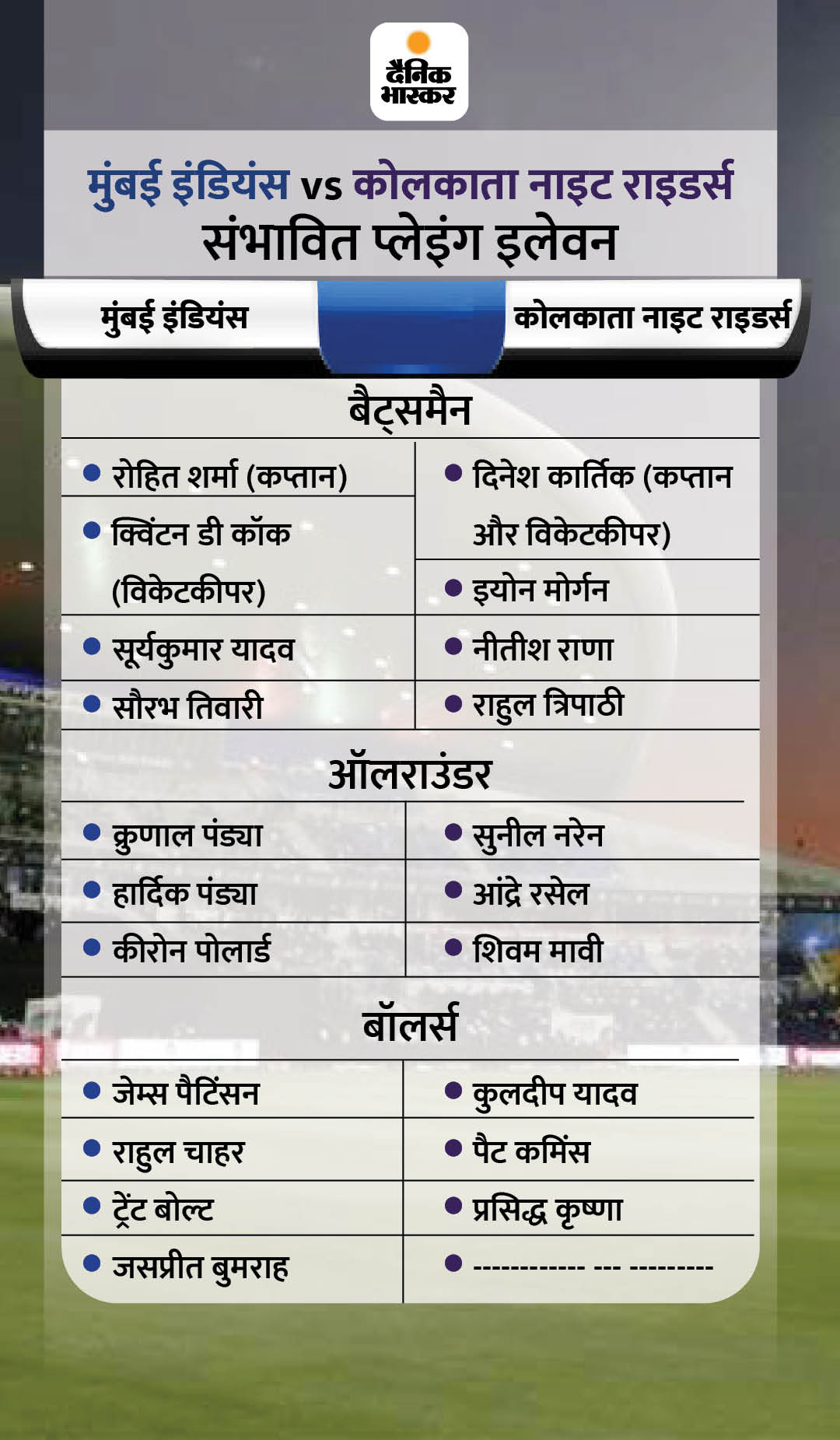 The 5th match of the 13th season of IPL will be played between Kolkata Knight Riders (KKR) and Mumbai Indians (MI) in Abu Dhabi today. Mumbai has played two matches on this ground so far and has lost in both. Here the team played the opening match of this season, in which Chennai Super Kings defeated by 5 wickets. Earlier in 2014, KKR beat them by 41 runs.

Mumbai’s record in the UAE has been extremely poor. The first 20 matches of the IPL were held in the UAE in 2014 due to the Lok Sabha elections. Then Mumbai played 5 matches here and was defeated in all. At the same time, in the UAE, KKR have won 2 out of 5 matches and lost 3. KKR played 3 matches in Abu Dhabi, winning 2 and winning 1 match.

Pitch and Weather Report: The sky will be clear during the match in Abu Dhabi. Temperatures are likely to be between 29 and 38 degrees Celsius. The pitch can help the batsmen. Being a slow wicket here will also help the spinners a lot. The team that won the toss at the Sheikh Zayed Stadium would prefer to bowl first. The success rate of the first bowling team in the last 45 T20s here was 56.8%.

KKR could win only one of the last 10 matches against Mumbai
So far 25 matches have been played between Mumbai and KKR. In this, Mumbai won the most 19 matches, while it has lost 6. 1 match was inconclusive. Talking about the last 10 matches, KKR has been able to beat Mumbai only once. If Mumbai team wins this match then it will become the first team to win 20+ matches against one team.

Karthik, Russell and Naren Key-players for KKR
Kolkata will have the highest expectations from Andre Russell apart from off-spinner and opener batsman Sunil Narine. Although Russell did not bowl much in the CPL recently. In the 2019 season, Russell hit 52 sixes while batting aggressively. Russell also has the highest strike rate of 186.41 in the IPL.

Rohit, Hardik and Pollard to win first win of Mumbai season
Apart from captain Rohit Sharma, all-rounders Hardik Pandya and Kieron Pollard will be on hand to give Mumbai their first win of the season. Suryakumar Yadav and Saurabh Tiwari may appear again in the middle order. At the same time, the bowling department will depend on Jaspreet Bumrah, Trent Bold and James Pattinson. 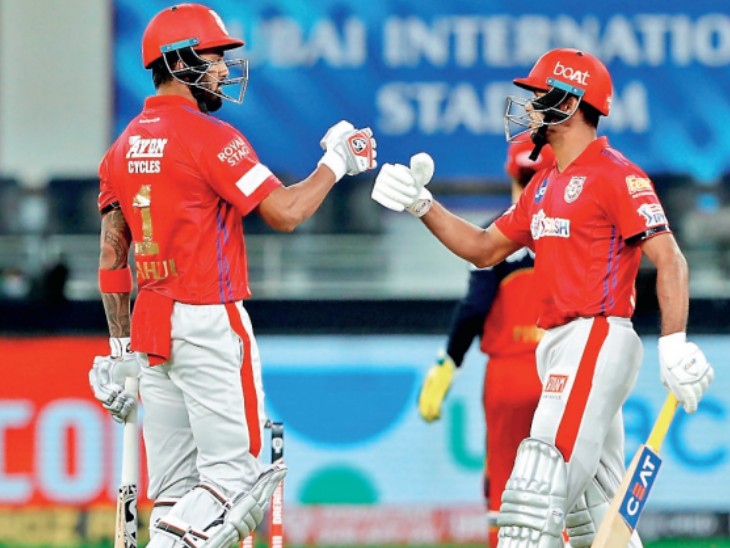 Score of 425+ 10 times, Punjab team included in it 6 times, 449 runs were scored in Punjab-Rajasthan match. 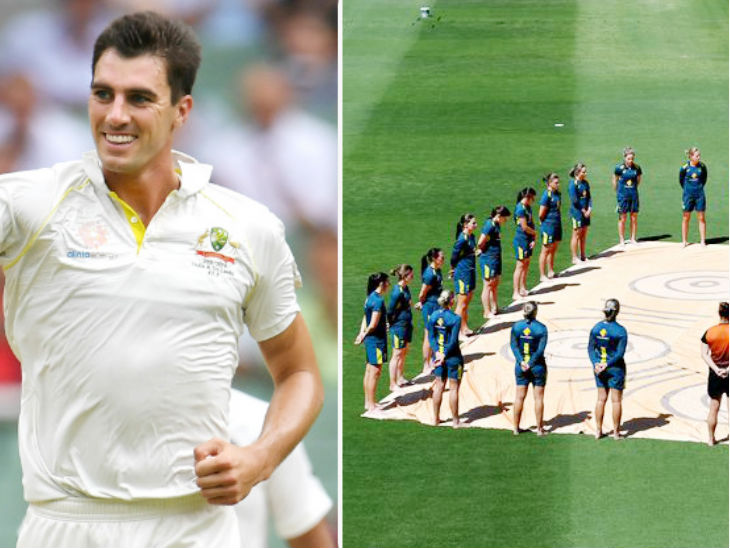 Australian vice-captain Pat Cummins said: Before the series against India, our team will create a barefoot circle, protest racism 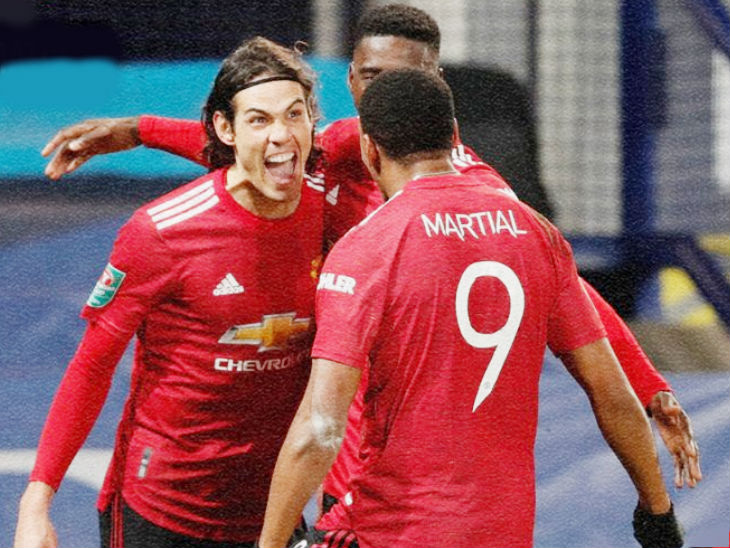